Coffee and gelato, some interesting trends emerging in North America 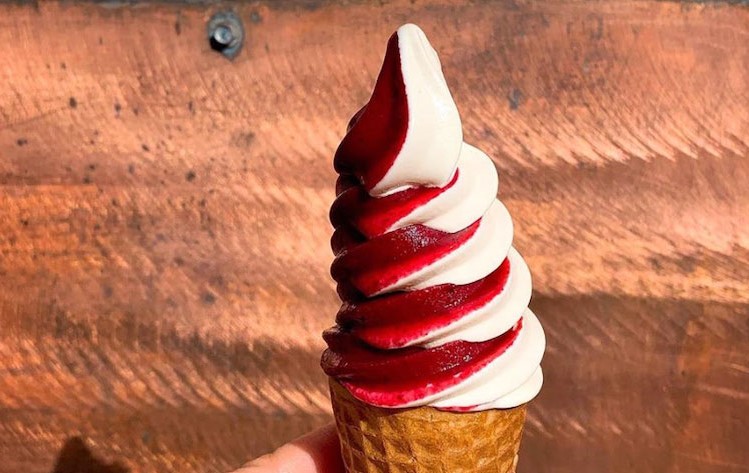 MILAN, Italy – What do well-known influencers do when they get up in the morning? Aubrey Pick offers a glimpse of her and her husband’s daily coffee-making routine (weighing, grinding, boiling water and using the pour-over preparation method). A shared ritual that is increasingly American.

As Pick writes: “even though the spread of these delicately roasted, single-origin beans took the better part of a decade to expand outside of the metropolitan areas (it’s pricey, it’s niche), in the last couple of years, it has been rapidly gaining ground in the smaller pockets of the country.

Where once only dark roast dominated, making it easier to hide flaws in the beans, now light roast is making inroads, and with it deepening the American coffee palate.” The reasons for this include: “shifting demographics, greater awareness around fair trade, the rise of the foodie – but my husband and I like to think it’s because a light roast allows for more complexity and depth to arise from a cup; it tastes richer, fuller, more complete. And of course it has a better story.”

America’s love of specialty coffee is confirmed by data provided by the National Coffee Association: 46% enjoy coffee outside the home, and of these 59% choose specialty coffee. In 1999 only 9% of Americans drank specialty coffee, but by 2017 that percentage had risen to 41%, with an average of 2.97 cups drunk per day (as against 2.24 in 2001).

From Montreal, Mayssam Samaha reports back on trends and products that have been particularly successful in Canada. It was a hot summer there, and gelato took on all kinds of flavours, forms and colours. Some of the more unusual include black sesame, all kinds of tea, or combined with baklava and halva to add an ethnic touch. And then there are the savoury aromas of cheese, bacon, chilli and corn, to say nothing of the highly unusual black garlic and Sriracha.

The containers are changing too: today’s bolder flavours are borrowing from street food traditions: a scoop or a swirl can be served in anything from a churro cone to a brioche panini, a bubble waffle or an éclair pastry.

But behind all this variety of form, flavour and colour, there is often a single objective: Instagram. “Some ice cream shops are developing over-the-top items to entice their clientele into sharing photos of their concoctions. Unicorn colours (rainbow and glitter), crazy toppings such as cotton candy, crushed salty snacks like pretzels or chips, chilli sauce, spice mixes, breakfast cereal, mini donuts and so on.”

On the health front, improved vegetarian and vegan options are now available. Care is also being taken to cater to certain allergies, such as ice cream sandwiches made using gluten-free cookies. The words ‘artisanal’ and ‘small batch’ increasingly seen on products emphasise the dedication that goes into gelato making.

Then there are ice-cream cocktails, which are nothing new… “but there is a revival now. They are more inventive and can be as simple as placing an artisanal popsicle into a glass of bubbly and letting the two elements complement each other.”

Soft-serve ice cream seems to be more popular than ever with “each shop perfecting their swirl technique and their ice cream texture to master that perfect, Instagramworthy swirl. The latest trend is also the Asian-styled rolled ice cream that is made on the spot and is as spectacular to watch, as it is delicious to eat.”