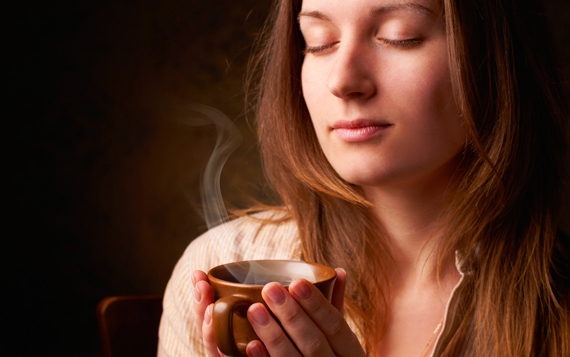 A report examining the many ways climate change threatens coffee and coffee farmers has alarmed people who are now imagining what it would be like getting through the day without their caffeine fix.

The report, released this month by the Climate Institute, a nonprofit organization in Australia, was commissioned by Fairtrade Australia and New Zealand, the regional hub of the global Fairtrade system.

Though it contains little new research, it has made waves by collating an array of available literature indicating that climate change will have a stark effect on the world’s coffee supply.

The report emphasizes the threat warming temperatures pose to farmland, citing a study from the March 2015 issue of the journal Climatic Change that found climate change “will reduce the global area suitable for coffee by about 50 percent across emission scenarios.”

In addition to the disappearing land on which to grow coffee, the report highlights the way warmer weather is exacerbating the threat of diseases like coffee rust and pests like the coffee berry borer, a type of beetle that a 2011 report said caused annual losses of hundreds of millions of dollars in coffee beans.

“The extra warmth is enabling those sorts of lines of attack to be strengthened,” said John Connor, the chief executive of the Climate Institute.

Coffee plants thrive in stable environments where a precise combination of temperature and precipitation allows beans to prosper while keeping their taste profile.

The report shows that countries once offering the proper mix of climate factors in the “bean belt,” including Colombia, Mexico, Brazil, Ethiopia and Vietnam, have become less hospitable because of shifts in weather patterns scientists say can be attributed to climate change.

The report’s findings, though new to many people, are all too familiar to major coffee companies, which have been scrambling to battle climate change’s effect on their product for the past several years.

“It’s a severe threat,” said Doug Welsh, the vice president of coffee at Peet’s Coffee and a member of the board of World Coffee Research, an international group founded by coffee companies intent on protecting their cash crop.

“It’s anecdotal, but I don’t know any coffee farmers who don’t believe that their weather, and with it their disease and productivity issues, have changed dramatically over the last decade,” he said.

A spokeswoman from Starbucks, Haley P. Drage, said that the company had been offering coffee growers support programs for years to help ensure the longevity of their farms.

“This becomes even more important when farmers experience fluctuating weather conditions that are the result of a warmer climate,” she said. “We believe that with the proper vigilance, as well as a long-term approach, we can help farmers manage the variables that come with these new dynamics.”

But Mr. Welsh, touting the benefits of the World Coffee Research group, said, “There is no coffee company on the face of the earth that’s big enough to tackle the challenge of climate change on its own.”

The strategies the organization is developing acknowledge the severity of the threat from climate change, and many are adaptive rather than preventive — taking for granted that temperatures are bound to keep rising.

For instance, one project aims to create a gene bank to preserve the genetic diversity in Arabica coffee. Another strategy is the creation of a variety catalog with information on various beans’ pest resistance, yield and ability to thrive at certain altitudes. A third is a “sensory lexicon” in which the organization evaluates the new coffee varieties being developed by coffee breeders to ensure their palatability.

But even the organization’s website acknowledges that “there are major gaps in our knowledge of how to best help coffee producers adapt to climate change.”

Mr. Welsh said, “No one, of course, would want to see any coffee species go extinct, but we have to prepare for the distinct possibility that that could happen.”

Molly Harriss Olson, the chief executive of Fairtrade Australia and New Zealand, said she was particularly concerned about coffee producers and the impact warming temperatures and unpredictable weather patterns would have on them.

“Coffee supports the livelihoods of 125 million people around the world, including some of the most marginalized and poor people in developing countries,” she said, citing a report from the International Coffee Organization.

“If we don’t do something about it soon, the consequences for these people are going to be absolutely devastating.”