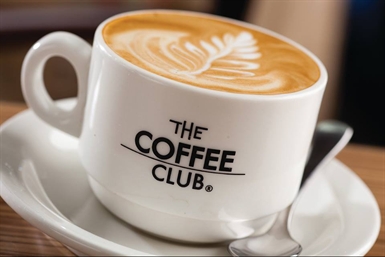 One of New Zealand’s best baristas is on her way to the Gold Coast to take on other coffee experts from around the globe. Chrystal Rameka was crowned the champion of The Coffee Club New Zealand Barista Championships 2018 on 27 June, beating five other contestants to take the title.

The competition took place at The Coffee Club’s packed Lunn Ave cafe. The baristas were challenged to make six coffees in eight minutes, under the scrutiny of five judges who evaluated everything from the preparation of the workspace to the taste of the finished coffees.

For Chrystal, from The Coffee Club Hobson Centre, this was her second appearance at the championships. She credits the experience of taking part in the 2017 championships for her win.

“I learned a lot at last year’s competition – I realized afterwards that I had spent too much time cleaning. This year I tried to build on last year, ironed out some of those mistakes and practiced a lot to be ready.”

Asked for the key to her success, she responded, “I just make sure that everything is super clean, the group heads, everything. I also make sure to ask my customers for feedback. I want to learn from every cup of coffee that I make, so I can get better and better, and provide our customers with exactly what they want.”

Five judges oversaw the competition in which the contestants had to make two short lattes, two espressos, one flat white and one cappuccino. Under one head judge, two judges oversaw the technical evaluation, checking 20 different criteria in the preparation and making of the coffees.

Two judges oversaw the sensory evaluation, assessing everything from the appearance to the taste of the coffees.

“Temperature is a big thing for me,” said judge Amanda Pike from Fonterra. “You are looking for the consistency of the milk, but also that the heat is right and not too much.”

Chrystal now gets to travel to the Gold Coast in October to take on baristas from the rest of the world. Chrystal will compete with other national champions from The Coffee Club as they vie to be crowned International Champion.

“It has been an amazing effort from the contestants. Many of them have practiced after work to be ready for this. They’ve dealt with the competition really well, it isn’t easy to make a coffee when you have so many people and cameras watching you.”

“I’m pleased for all our finalists, the standard they produced was very high and I know they care about the quality they provide,” added Brad. “We are thrilled for Chrystal, and we wish her the best for the competition in the Gold Coast. We will be supporting her all the way.”