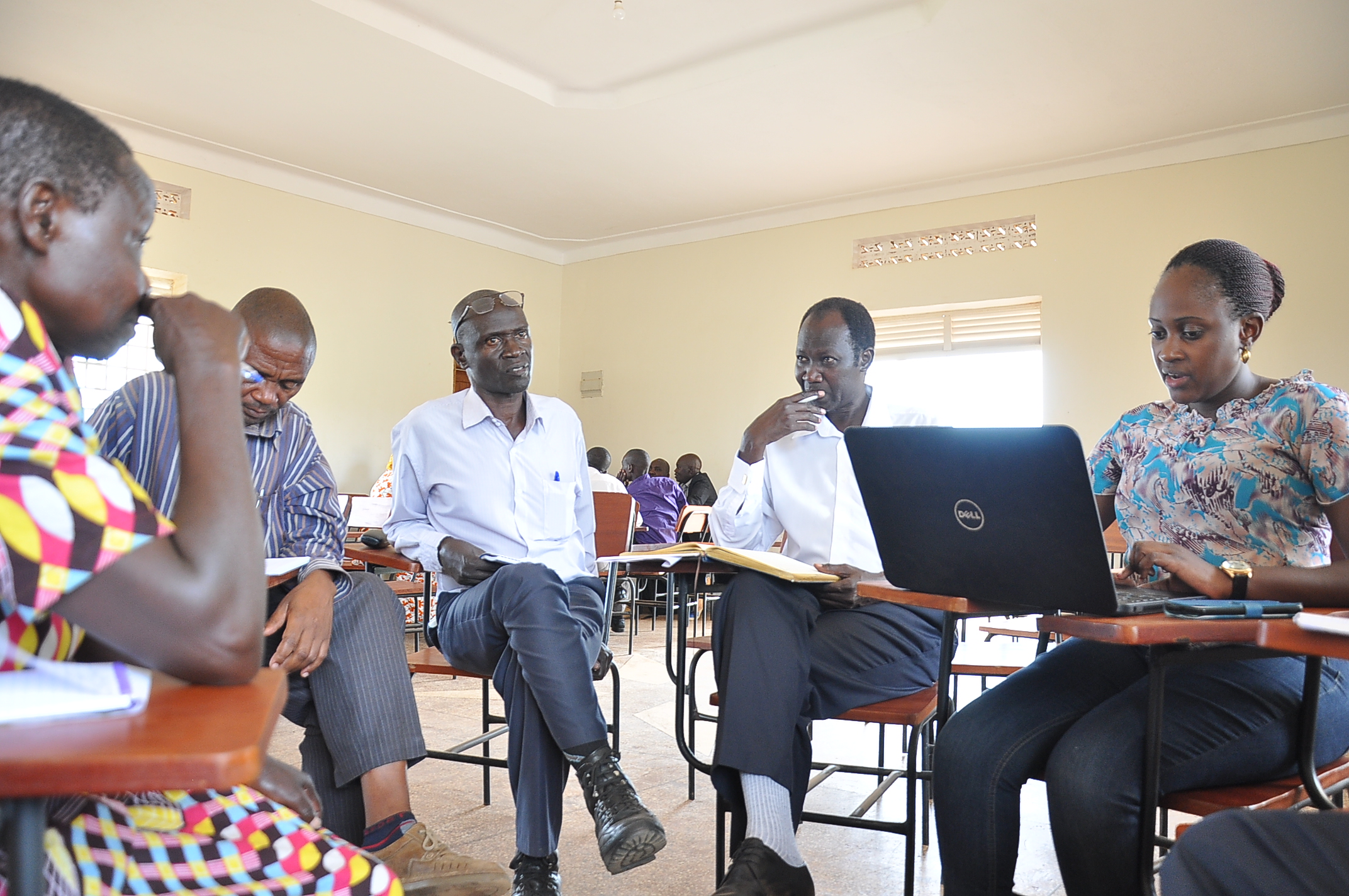 SIRONKO, Eastern Uganda – The Government of Uganda has prioritized increasing productivity of coffee from the current four million (60-kilogram) bags per year to 20 million bags by 2025.

The coffee subsector, regulated by the Uganda Coffee Development Authority (UCDA), is expected to plant 300 million coffee seedlings per year for three years starting in 2016/17 and going to 2018/19.

Through the government’s Operation Wealth Creation (OWC) program, five million coffee seedlings have been distributed in Sironko, in eastern Uganda, but only two and a half million plants have survived, according to Dr. Charles Okori, the district production and marketing officer.

He described the efforts to stakeholders who had gathered for a two-day workshop at the district headquarters on the 28 and 29 June, 2017.

He noted that the district administration will champion effective land use and management in relation to climate change.

The zonal planning approach, promoted by the Policy Action for Climate Change Adaptation (PACCA) project, identifies major enterprises, constraints, solutions and opportunities for climate-smart agriculture (CSA), and takes into consideration climate variation within the district and the context-specific nature of climate change to plan for priority enterprises within each zone.

In a participatory manner, stakeholders in Sironko suggested the potential criteria of altitude, rainfall pattern, crops grown and soil type but later agreed on altitude and soil type as the main criteria for zoning the district.

They created highland, midland and lowland zones. Coffee was selected as a priority enterprise in the highland and midland zones, and stakeholders highlighted pests and diseases such as coffee berry disease, coffee leaf rust, coffee berry borer and stem borer as well as small landholding as the major constraints faced by coffee farmers in the region.

According to UCDA, coffee production in Uganda is dominated by small scale farmers who have an average landholding of 0.5 to 2.5 hectares.

“The land use map will help us a lot,” Dr. Okori said and noted that technical staff labored in the past to explain to politicians that some goats would not survive in the highland zone but they did not listen because “we did not have any tool to use to convince them but this land use map will be an important planning tool for the Department.”

The goats were distributed in the highland zone, but reports received by the Production Department indicate that they have all died.

Although these farmers have been trained in climate-smart agricultural (CSA) practices, few have implemented them. This is partly because CSA practices are introduced as a large package, requiring investment.

We want to break CSA practices into affordable units,” David Mukasa, a researcher with the International Institute of Tropical Agriculture (IITA) said, as he introduced the Stepwise Investment Pathways (SIPs) approach to multi-stakeholders who were attending the workshop. They included researchers, local government, private sector, non-governmental organizations, and farmers.

As the name suggests, the Stepwise Investment Pathways (SIPs) approach promotes an incremental investment in practices with the goal of boosting yields and income. This approach assumes that farmers will reinvest proceeds from the coffee sale and results in a stepwise implementation of the practices further up the staircase.

Developed by CCAFS’s BMZ project in consultation with national level stakeholders, the SIPs approach for Arabica coffee was adapted by local level stakeholders into climate-smart investment pathways (CSIPs) and later validated by farmers in Sironko district.

CSIPs will be a good tool for us and the farmers,” Janet Nafuye an agricultural officer who helped convene the workshop on behalf of Sironko District Local Government said. “The message is clear, we shall put it in our work plans, and share with extension workers.”

After developing the climate-smart investment pathways (CSIPs), the BMZ project will work with Olam Uganda Limited, one of the impact partners in the Mt. Elgon sub-region, to establish trials and demonstrations in the different zones of Sironko district to test the CSIPs approach and monitor yields