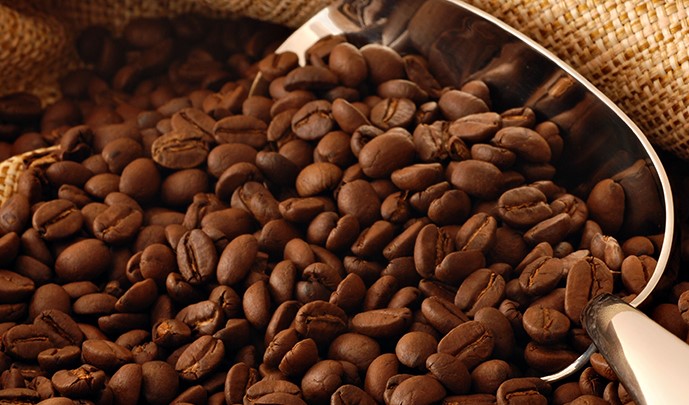 Coffee is Canada’s most consumed beverage, even more than tap water. Coffee is the second-most traded commodity after crude oil, worth over $100 billion worldwide. The Coffee industry in Canada is around $10 billion.

Of the traditional importing markets for coffee — North America, Europe and Japan, Canada is showing the fastest sustained growth in the last decade. Over 30 developing countries export coffee to Canada.

Around 25 million people, including my father, rely on coffee to support their families. In Canada, coffee creates more than 160,000 jobs.

Not only does coffee power your day, it also helps power the Canadian economy.

But as we Canadians rejoice while consuming coffee, we should also be aware of how our personal consumption affects the global ecosystem. We should ask ourselves, what effect is my coffee addiction having on global climate change?

If we look at the coffee farms of world’s largest coffee-producing country, Brazil, you will notice that a large area of land is covered with coffee plants and nothing but coffee plants.

If you wonder how they would do this, it is obvious that millions of trees are brought down to make coffee farms.

This is worrisome when seen through the lens of climate change. An entire ecosystem is being destroyed in the making of such farms.

While the economy around coffee grows, and Canada tops coffee consumption, the Amazon rainforest vanishes.

How do we make sure that all coffee grown is better for the climate and people?

Several studies have confirmed that deforestation is an important factor in global climate change. Coffee plants can store carbon.

However, forests store up to 100 times more carbon than coffee farms of the same area. Furthermore, coffee is a water-intensive crop to grow.

Water Footprint Network estimates that a standard cup of coffee or espresso (125 ml) requires 140 litres of water. According to a 2016 study, around 25 per cent of the carbon footprint of coffee production comes from the farm.

If you ever wonder how coffee reaches you, it all begins from the farm. The average coffee plant takes eight to 11 months to yield coffee cherries that contain coffee beans.

During this period, plants need a large amount of water, which comes from artifically created irrigation systems. Hand-picked beans are then washed and dried. After roasting and packaging, the coffee gets transported to the market.

These processes are not only water-intensive but also energy-intensive. All of this goes into making a delicious cup of coffee for you, with a large carbon footprint. But how do we make sure that all coffee grown is better for the climate and people?

As a son of a passionate coffee grower, I have always seen my father growing a variety of trees on his farm. The only question I asked him all the time was: why are you growing all these trees on your farm?

I also remember telling him that he should follow the Brazilian model. Isn’t it common sense that one should grow coffee plants instead of trees on his farm? I doubted his judgment and his business model.

Now, 20 years later, I realize that my father’s dream was not only to grow coffee, but a forest. He has a dense, shade-grown coffee farm that resembles a forest. Shade-grown coffee is from coffee plants grown under a canopy of trees, promoting natural ecological relationships.

Coffee forests in India are unique as they are grown symbiotically along with multiple crops such as cinnamon, black pepper, and oranges, which produce an exceptional taste.

Coffee consumers around the world need to understand that India’s shade-grown eco-friendly coffee forests are exceptional not only because they enrich the taste, but they also enhance the wealth of biodiversity.

They invite varieties of wild birds and other animals to the coffee forest. This is unique when compared with other coffee-producing nations in the world. Such a farming process not only shows the nexus between wildlife and the coffee but also encourages wildlife conservation.

In recent years, climate change has played havoc in farming areas, resulting in unprecedented droughts or excessive rain. The excessive rainwater is usually collected in ponds or lakes on an eco-friendly farm and used later for irrigation purposes.

Water is the critical element for the survival of coffee plants and is necessary for boosting the coffee production. Therefore, rainwater conservation forms another interesting part of India’s eco-friendly coffee forests.

These bodies of water are used for fish and other wildlife, including waterfowl. Lakes on coffee farms are also a major contributor to local ecosystem’s richness and biodiversity.

At end of the day, what does eco-friendly coffee mean to the rest of the world? An agroforestry and an effective ecosystem in which trees are grown among coffee that is profitable and sustainable!

Canada has an impeccable record of buying fair-trade coffee. The Canadian Association of Coffee absolutely condemns illegal use of forced and child labour on coffee farms.

Meanwhile, Canada asserts that coffee growing should be beneficial to workers, not just wildlife. Although shade-grown coffee has tremendous environment benefits, Canada still doesn’t import much eco-friendly coffee. Still, eco-friendly coffee has a long way to go before it takes off among Canada’s coffee lovers.

While coffee consumers need to understand that it is time to demand a better cup of coffee, other coffee-producing nations in the world should learn from the history of eco-friendly shade-grown coffee.