FLORENCE, Italy – “I can change the world” is the new Lavazza 2022 Calendar, featuring portraits of six artivists, including an original Ben Harper, by multi-award-winning Emmanuel Lubezki. Presented in Florence as part of the Renaissance Awards Florence, 11 October 2021 – The time for pause and reflection has passed, now is the moment to take action.

It is this concept that inspired the Lavazza 2022 Calendar, to be presented at The Renaissance Awards ceremony in Florence.

Conceived of and realized under the creative direction of the Armando Testa agency, starting with its title, “I can change the world”, the project sends a call to action for positive change – now, without delay.

Interpreted through photography and music, it is a call aimed at everyone and told through the stories of six activists who, through art, strive to change the world every day, captured by one of the greatest directors of photography in the history of cinema – three-time Oscar winner Emmanuel Lubezki.

“I can change the world” is the message that emerges from the images of the six subjects, all very different in terms of age, culture and geographical background, but who all have very powerful personal stories and the ability to express their activism through art. 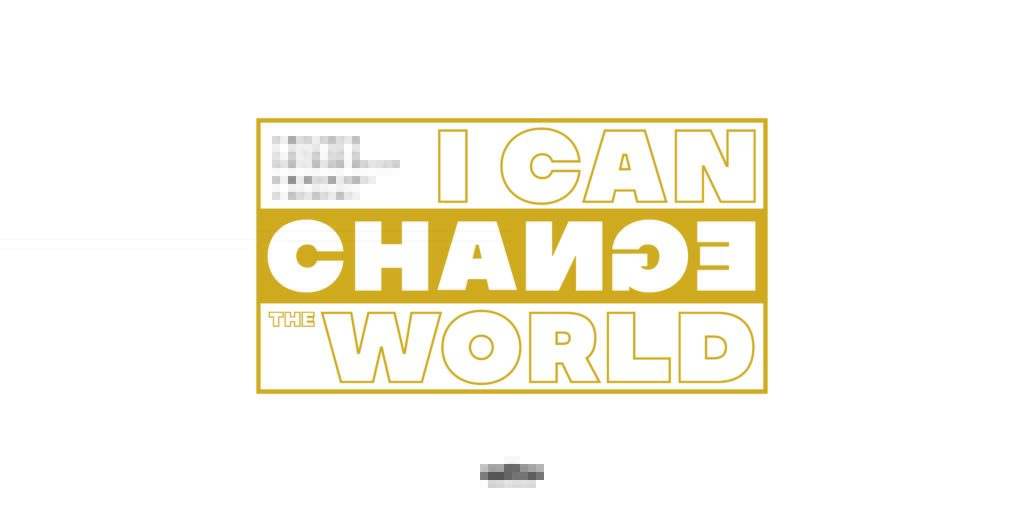 The Lavazza Calendar has seen them become true artivists, a term used to refer to artists who place sustainability at the center of their mindsets and their work, and who succeed in conveying it, through their perception and talent, getting directly involved. In keeping with the concept of “The New Humanity” coined by Lavazza, humanity remains at the center of the project, with a particular focus on humans’ ability to fully assimilate the values in which they believe, making such values an integral part of their lives. 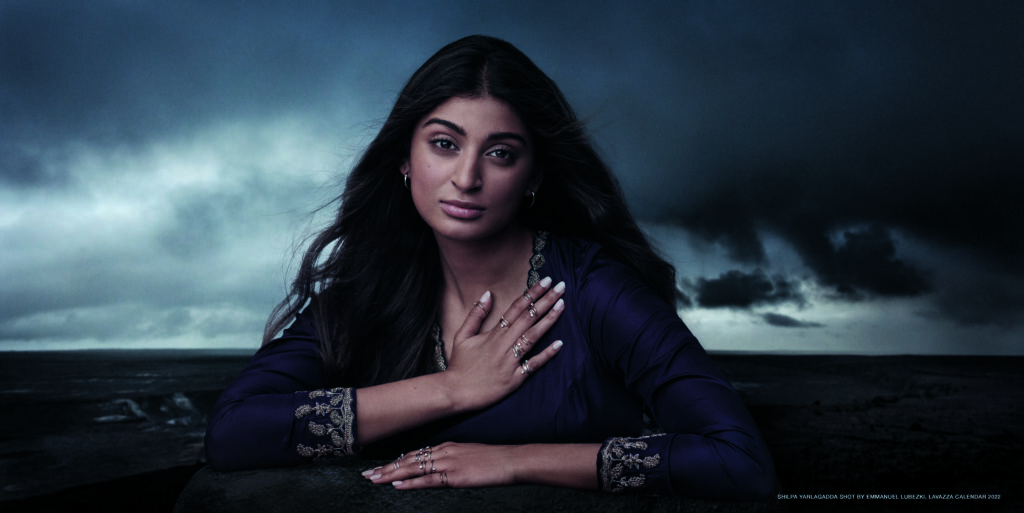 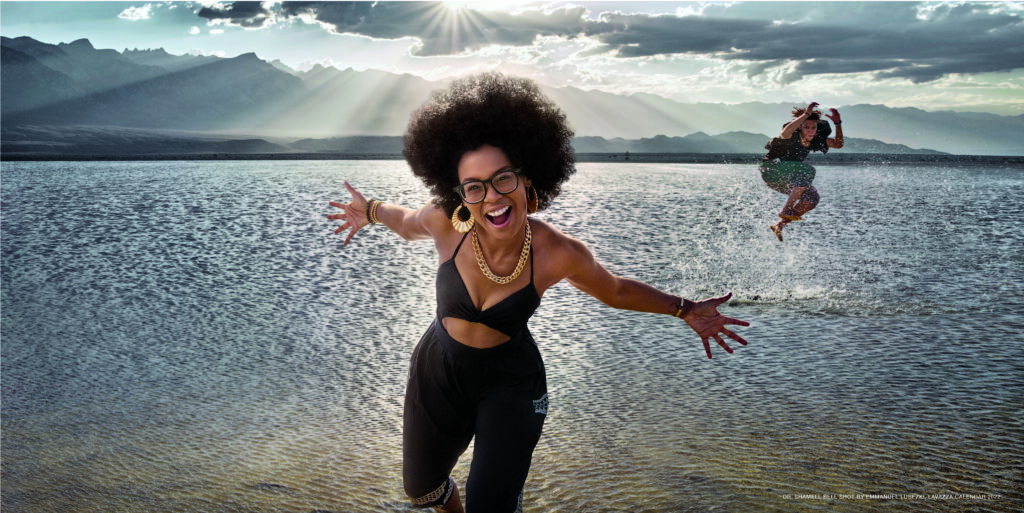 “The aim of the 2022 Calendar is to celebrate the stories of those who, with exceptional artistic talent, devote every day of their lives to putting their beliefs into practice to make the world a better place, and those who can offer us an open and uncontaminated perspective capable of freeing us of all the constraints that might hold us back from all coming together for our common good and that of the planet. We want to send a message of faith in the possibility of changing ourselves and, all together, changing the world,” declares Francesca Lavazza, Board Member at Lavazza Group. Lavazza is an advocate, but also a protagonist, of culture change. It embraces a new culture of sustainability, not only presented in the calendar, but also embodied daily through action, in what could be a new awakening to social and environmental sustainability, central tenets of sustainable entrepreneurship, as expressed by the Group mission: “Awakening a better world every morning”. 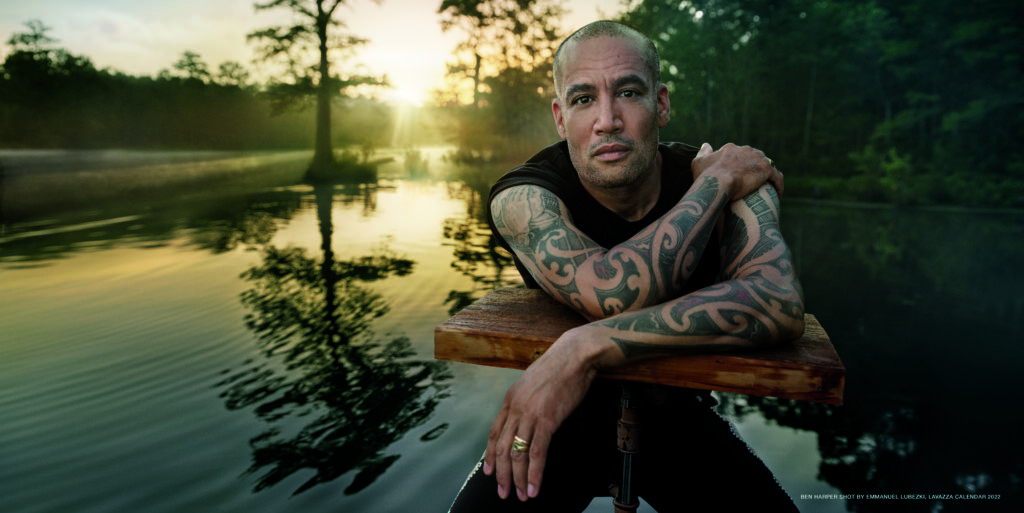 “Following last year’s calendar featuring multiple contributors, this year we have opted for a unified and distinctive style, capable of portraying and tying together our artists’ various personalities. This is why we chose Emmanuel Lubezki, knowing the quality of his photographic approach, the beauty of the sequence shots, the poetics of natural light,” explains Michele Mariani, executive creative director of the Armando Testa Group. “Photography means ‘writing with the light’, and who better than a director of photography of his caliber to shine a light on the efforts of our artivists?”.

In its 30-year history of producing calendars, Lavazza has worked with some of the world’s top photographers, from David LaChapelle to Steve McCurry. For “I can change the world”, however, it turned to the world of cinema, choosing to work with Emmanuel Lubezki, known in the film world as Chivo, the first director of photography to win the Oscar in the category three times in a row. Lubezki was chosen not only for his undisputed talent, but also to offer a different perspective, a broader and deeper insight into the sentiments of the subjects, using an approach more akin to the art of cinematography than photography. 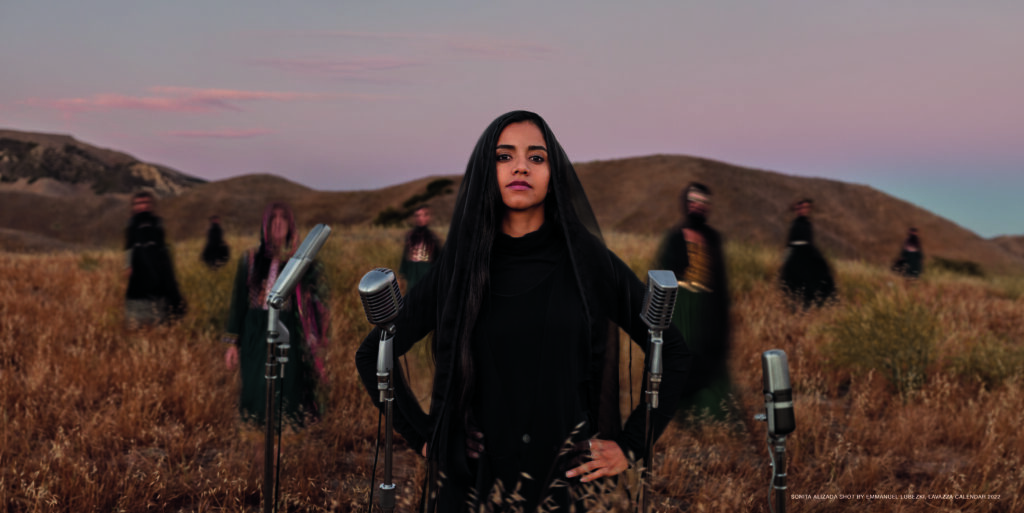 An exceptionally skilled listener, Chivo gets to know his subjects in great detail, drawing out the various facets of their spirit and their artistic expression. He has succeeded in capturing the essence of the six subjects of the 2022 Calendar, producing evocative images of their social and environmental endeavors. But Chivo is also known for his extraordinary skill with natural light: the six subjects are each portrayed in 12 shots taken at six different moments of the day – dawn, sunrise, daytime, sunset, twilight, nighttime – resulting in six stories of light told by the Master of Light, based on the hemisphere in which they live.

Thus, the narrative structure of the 2022 calendar mirrors the ideal structure of the day, while also including different types of shots of each subject: the “landscape” shot, with the subject presented in a breathtaking setting that becomes the protagonist; the “portrait”, in which the focus shifts to the artivist, shot closer up, while still in the setting in question; and finally some images featuring details of hands, gestures captured in moments of particular contemplation, conveying the idea of the protagonist’s “deep reflection”. 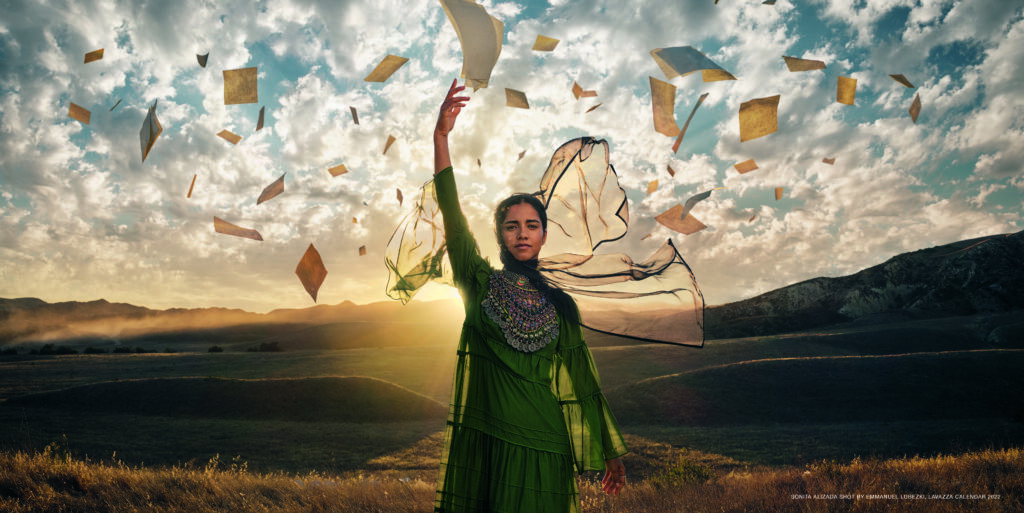 The overall result is a series of portraits that are almost dreamlike, yet firmly rooted in reality. All the photographs feature the planet’s natural environments, some emblematic of the impact of the climate crisis, such as the disappearing glaciers, but always linked to the subject’s personality or area of activity, such as water for marine biologist Cristina Mittermeier, or rock for the powerful personality of street dancer Shamell Bell. The effect is cinematographic. And thanks to the images and infinite horizons, the Lavazza 2022 Calendar enters a different, more intimate dimension. This is the intention of the 2022 Calendar, which, through Master Lubezki’s lens, reminds us of the power of the natural world we are putting at risk, and speaks to the heart by showing us the values and willpower of the artivists portrayed, ideally moving us to join them and take action, in the knowledge that each of us can truly change the world.

“I can change the world” is also the message embraced by Eco Age [an international agency for the development of sustainable business strategies] at The Renaissance Awards, the first global award dedicated to young sustainability leaders, with whom the Lavazza Group has partnered for this edition of the 2022 Calendar project. 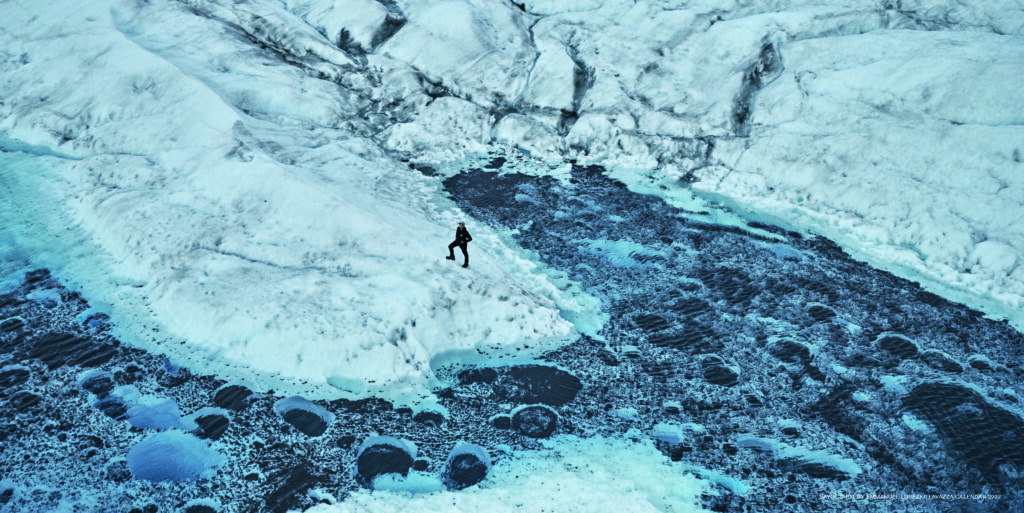 The official press launch of the Lavazza 2022 Calendar, “I can change the world”, will take place on 11 October at Palazzo Vecchio in Florence, an event that will also see a preview of The Renaissance Awards film being screened for an audience of international guests. “We are pleased to have found, in Eco-Age, an ally in our decision to take young people as our key source of inspiration: 2022 will be an important year for concrete action, a year in which people must grow stronger in order to reshape the future: we believe in young people and we really wanted to include them as protagonists in our calendar, because they have the ability to show us, by example, how they see the future, how they will shape the future “ explains Francesca Lavazza. 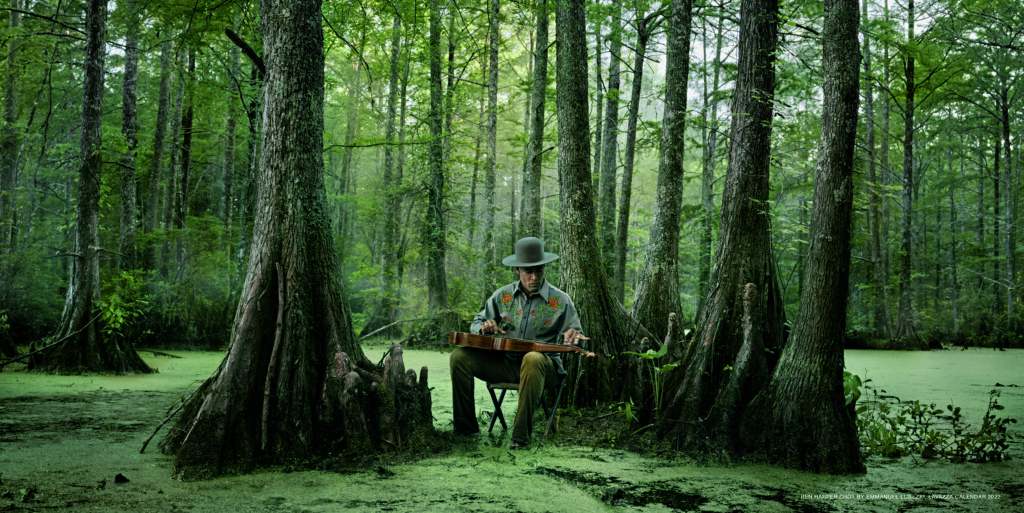 “Also, Shilpa Yarlagadda reinforces the link with The Renaissance Awards, acting as an ambassador for both projects. The young designer is one of the subjects of the Lavazza Calendar and is also official mentor for the Young Leaders recognized at the awards “ “We cherish the partnership with the Lavazza Calendar on the occasion of this year’s The Renaissance Awards” states Livia Firth, Creative Director Eco Age. “It is a beautiful collaboration in the name of young talents, empowerment, and new visions for a better future. The bond is even stronger with two talents featuring in both, Ben Harper and Shilpa Yarlagadda – both exemplifying the true meaning of I can change the world”. 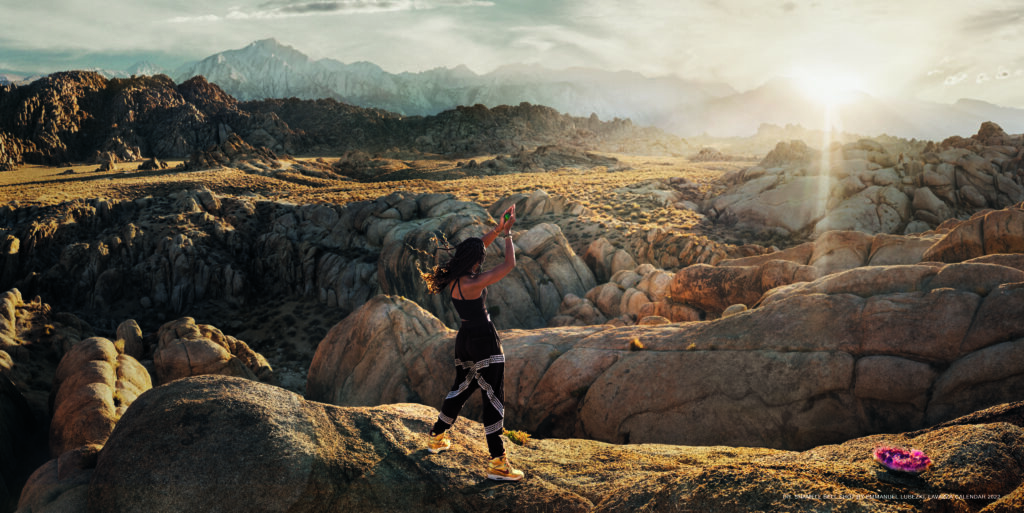 About Lavazza Group Lavazza, founded in Turin in 1895, has been owned by the Lavazza family for four generations. As one of the world’s most important coffee roasters, the Group now operates in more than 140 countries through its subsidiaries and distributors, with 70% of revenues generated abroad and a total of over 4,000 employees. Companies that form part of the Lavazza Group include France’s Carte Noire and ESP (acquired in 2016 and 2017 respectively), Denmark’s Merrild (2015), North America’s Kicking Horse Coffee (2017), Italy’s Nims (2017), and the business of Australia’s Blue Pod Coffee Co (2018). At the end of 2018, following an acquisition, the Lavazza Professional Business Unit was created, which includes the Office Coffee Service (OCS) and Vending systems Flavia and Klix.

I can change the world

The narrative thread of the 2022 Calendar takes as its starting point the concept of “The New Humanity”, developed by Lavazza and still realized under the creative direction of the Armando Testa agency in the spring of 2020, right when the company decided to take a stand and use its communication campaigns to champion values indispensable to a future renaissance of humanity: inclusivity, tolerance, solidarity and social and environmental sustainability. With projects such as the international Good Morning Humanity campaign and the 2021 “The New Humanity” Calendar, Lavazza sought to encourage reflection by raising awareness of the universality of such values. 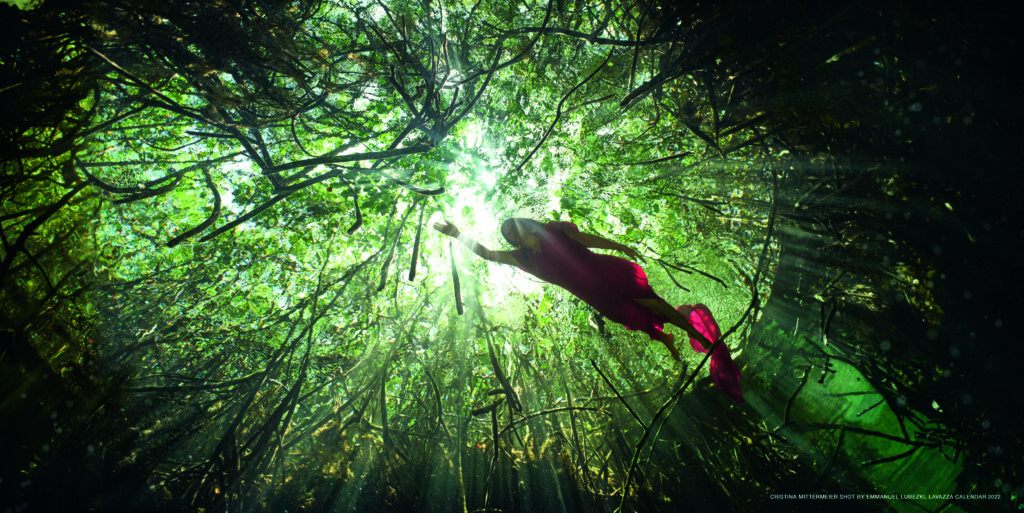 With “I can change the world”, Lavazza aims to convey the importance of transforming principles into action, offering the compelling example of six extraordinary talents capable of inspiring each of us to have faith in ourselves and believe in the possibility of contributing in a concrete way to changing in the world and making it a better place. Last year, after Paris and Berlin, The New Humanity project also reached Turin, with the land art project “Beyond Walls” by artist Saype: two hands grasping each other, inviting us to make a collective effort to feel like a living part of a single ecosystem “in the greatest human chain in history”. 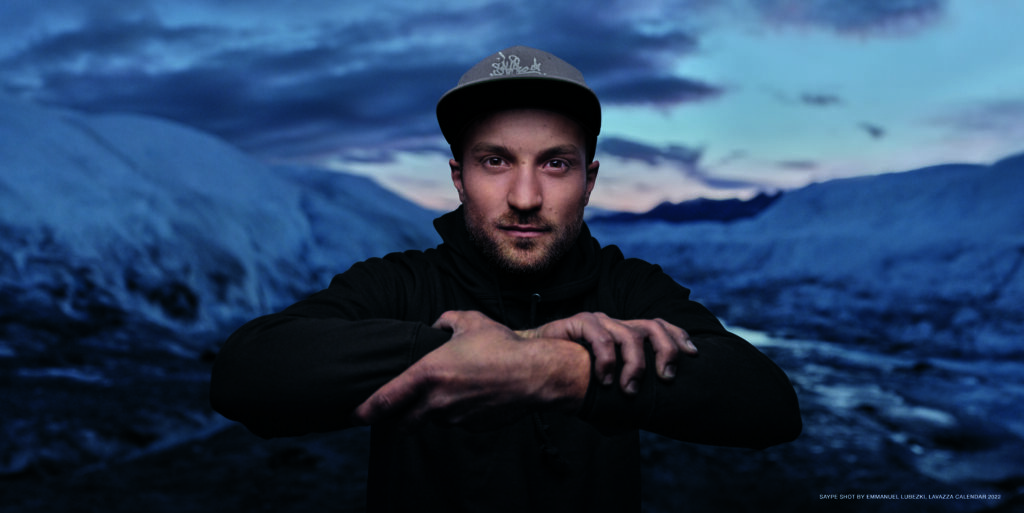 Saype returns in the 2022 Calendar, as part of a series of ongoing collaborations based on shared values; another example is the collaboration with Ben Harper, who contributed his song “With my own two hands” to the Lavazza ¡Tierra! Bio-Organic launch campaign. One of the artist’s most famous songs, like Saype’s project it focuses on the hands, symbolizing the musician’s belief in the importance of each one of us taking action to make the world a better place. A language and concept that Lavazza combines with its know-how as a company that pursues excellence and its commitment to incorporating economic, environmental and social sustainability into its way of working. This commitment is embodied by the new Blend for Better concept, which embraces the sustainability initiatives of the Group, starting from its most basic foundational values right through to its current commitment: not just to produce excellent quality coffee, but to do so in a responsible way. 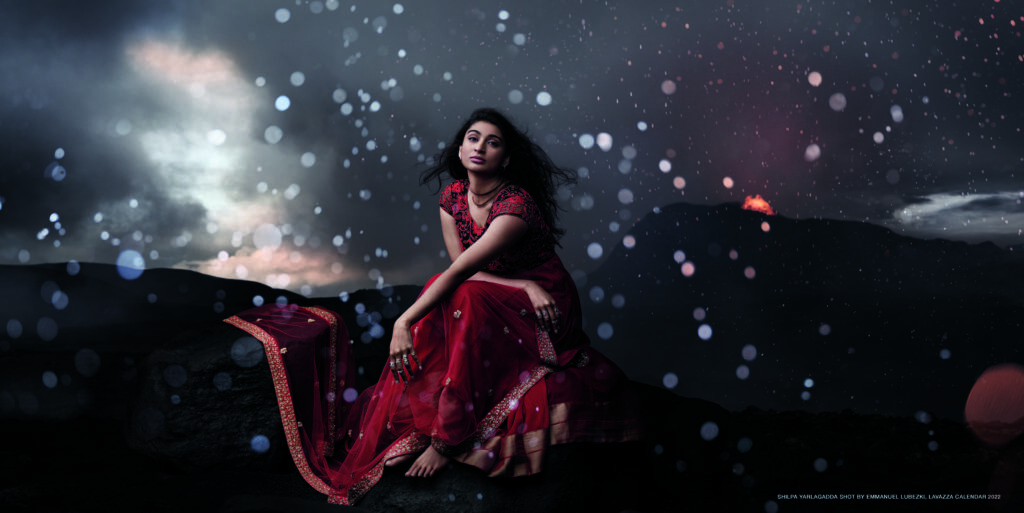 Indeed, “Blend for Better” reflects the Group’s commitment to combine values, experience and the sustainability activities engaged in by its brands and products to generate shared value for society, individuals and the environment. This combination gives rise to a new way of looking at value creation, which when it comes to company decision-making, involves social and environmental, as well as economic, considerations. All in the context of a true journey, reflected in the recently published seventh Lavazza Group Sustainability Report “A goal in every cup – Leaving no one behind” and the commitment to the Sustainable Development Goals (SDGs) set out in the United Nations’ 2030 Agenda.