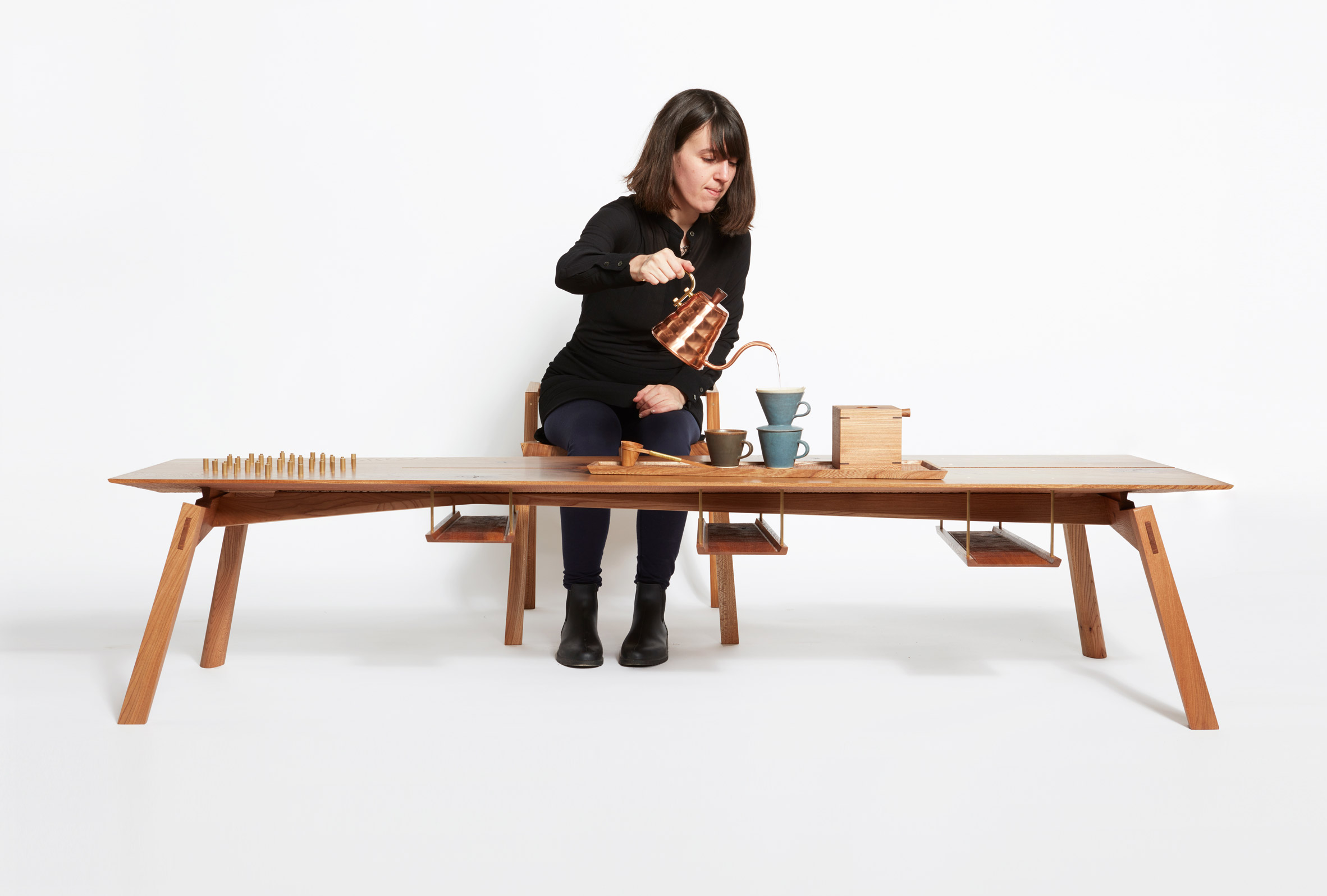 British artist Hugh Miller based this collection of chairs, stools and a table on a Japanese coffee-making ritual he observed while travelling.

The Coffee Ceremony, which will be shown at London’s Saatchi Gallery in February, were prompted by the designer’s time on a research fellowship in Japan.

Having observed “everyday ceremonies of life”, he developed his own ceremonial version of making and serving coffee.

The collection comprises a coffee cart, table, a communal bench, a stool and a chair – with each piece serving a different stage of the ritual.

Mugs are held in woven loops in the cart, which also features a removable wooden panel that doubles as a tray.

The coffee set itself includes a wooden scoop and square container, as well as a copper pot with a curved spout and handle.

The pot sits on a raised collection of brass pegs set into the table, with cups and utensils stored on shelves underneath.

The chairs, bench and stool are intended to “denote a hierarchy” for people taking part in the ceremony.

While the person serving coffee is confined to the stool, their companions are invited to take a seat on the chairs and bench.

Miller, who also works on architectural projects with his brother, says his work is often based on a set of “Japanese design principles”.

“Made in English elm and brass, my work explores contrast: between texture and smoothness; between hidden and visible; between plane and lath; and between lightness and solidity,” he said.

“These contrasts illuminate the duality of Japanese and Western cultural influences that underpin my work.”

Another alternative take on tea ceremonies comes in the form of Defront’s Hei tea service, which aims to simplify the Chinese tradition and encourage a younger audience to take part.

The Coffee Ceremony furniture will be shown at London’s Saatchi Gallery from 2 to 6 February, as part of its Collect exhibition.