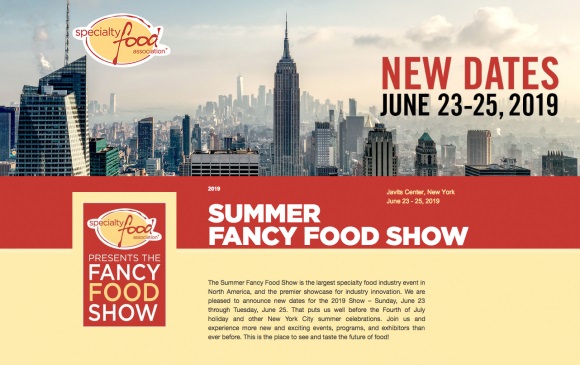 NEW YORK, U.S. – While 83 percent of Americans enjoy at least one cup of coffee every day, nearly 80 percent do not know where their coffee comes from, according to a recent survey of more than 7,000 U.S. adults, conducted by Apex-Brasil (the Brazilian Trade and Investment Promotion Agency)*.

In fact, only 21 percent of respondents correctly identified Brazil as the world’s leading exporter of coffee, underscoring that perhaps most Americans underestimate Brazil’s vital role in global food production.

As part of its effort to raise awareness of the important role of Brazil in food production and exportation, Apex-Brasil is pleased to announce that it has helped bring 34 Brazilian companies to participate in this year’s Summer Fancy Food Show, the largest specialty food industry event in North America and the premier showcase for industry innovation, taking place June 23-25 at the Javits Center in New York City.

“It’s our hope that the Fancy Food Show attendees will experience Brazil’s delicious foods firsthand and learn more about Brazil’s unique culinary culture,” said Fernando Spohr, Operations Manager for Apex-Brasil in North America. “Fancy Food, which is the largest and arguably most important showcase of specialty foods in North America, provides an excellent opportunity for Brazilian companies to correct misconceptions, not just about coffee but also about other foods that are exported and produced in Brazil, and elevate Brazil’s international reputation as a leader in the area of gourmet and specialty foods.”

Brazil is the largest net food exporter in the world, ranking among the top five producers of 36 agricultural products, according to the book The Economics and Organization of Brazilian Agriculture. Spread across five climatic zones (equatorial, tropical, semi-arid, oceanic, and subtropical), Brazil has ideal, compatible and complementary environments for farming a variety of raw materials, livestock and tropical fruit.

With over 2,600 exhibitors and 200,000+ specialty food and beverages, the annual Fancy Food Show offers a venue for international companies to connect with an American audience of consumers and buyers/suppliers. This is the third year Apex-Brasil has participated in this important food show, and the 34 companies scheduled to participate as part of the Brazilian Pavilion at the event represent Brazil’s numerous key agricultural products, which include orange juice, coffee, soy, sugar, beef, chicken, corn, and pork.

In particular, Apex-Brasil has chosen to highlight the following five products throughout the Fancy Food Show in New York:

*Methodology: Apex-Brasil’s survey was conducted online within the United States by Suzy on June 4-5, 01, 2019 with 7,276 U.S. adults, ages 18 to 73. This online survey is not based on a probability sample and therefore no estimate of theoretical sampling error can be calculated.