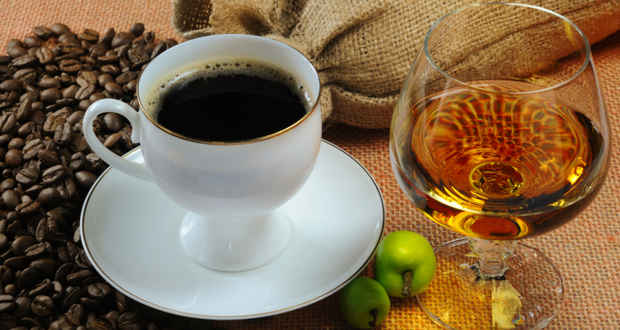 ​WASHINGTON – Last week the Washington Post put a spotlight on a coffee roasting trend that combines the aromas of booze and beans—a perfect marriage of flavors for some coffee enthusiasts. “The aroma alarmed me. It filled my car with the sweet, woody burn of whiskey, as if Hank Williams were riding shotgun with an open bottle in his hand,” writes Tim Carman, referring to a cup of Baby Rye Rye coffee prepared at Qualia Coffee in Washington, D.C. The reserved line of Colombian beans are aged for about two weeks in a charred oak rye-whiskey barrel, then roasted and rested, the author notes.

Joshua Harding, design and marketing manager for Ceremony Coffee in Annapolis, Md., told the news source that green, unroasted coffee beans are highly absorbent, soaking up the aromas of their environment. Unfortunately, this can also include burlap bags and the exhaust of trucks in poorly packed shipments to roasters.

Harding added that two years ago the roaster began to experiment with coffee, whiskey and wine barrels. “It was all guess work,” he told the Post, adding, “We were just curious on what would happen.”

Chris Vigilante, founder and roaster at Vigilante Coffee in Washington, D.C., told the Post that his process ages Sumatra beans in a 9-year-old bourbon barrel from One Eight Distilling after he roasts them.

He sells the barrel-aged beans as a cold brew for $4 for a 16-ounce serving. The downside to the popularity of barrel-aged blends, Vigilante commented, is that it flies off store shelves faster than it takes to produce a small batch of beans.

A quick Google search reveals the attention barrel-aged beans have been receiving. A top hit from FreeTimes.com in South Carolina notes: “For a morning cup of joe, it’s a touch overpowering, but it excels as an after-dinner treat. Pair it with a slice of pecan pie and thank me later.”