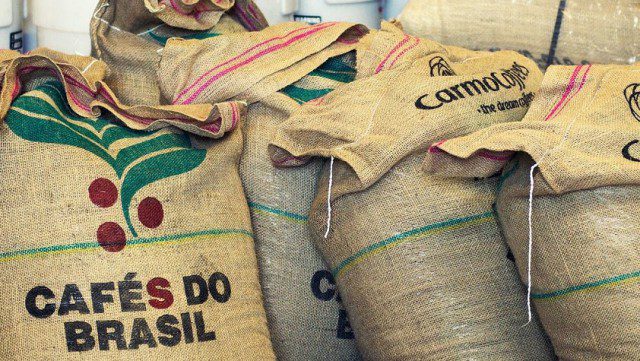 SAO PAULO, Brazil – Arabica coffee prices rose sharply in Brazil in the first fortnight of November, leading sellers to the market and increasing liquidity, says Cepea in its new report. The boost was linked to the US dollar appreciation against Real and the valuation of the future contracts for this variety, besides firmer demand, mainly for higher quality coffee.

For larger-sized beans (prime coffee), prices were even higher, ranging from 470 BRL to 500 BRL per bag, according to agents consulted by Cepea. Price rises favored deals for 2020 in both the spot and the future markets, with values around 500 BRL/bag.

In the international market, valuations were linked to technical factors and estimates for lower supply in 2020. According to data from Euromonitor and Rabobak, coffee consumption should continue on the rise in the coming years, mainly in China and Brazil, which is the number one coffee-consuming country in the world – demand is forecast to increase by 1.2 million bags in 2019, 2.5% higher than in 2018.

As regards supply, besides the negative biennial cycle of arabica coffee crops in Brazil in the current 2019/20 season, other regions, such as Central America, should have a crop failure, according to estimates from Rabobank released on the 27th Encafé (Brazil’s national meeting for the coffee industry), which took place in early November.

In this scenario, Rabobank predicts the world production to decrease by 4.2 million tons next year. Besides Rabobank, ICO (International Coffee Organization) released estimates for a deficit of 500 thousand bags in the 2019/20 year-crop, which helped prices to rise abroad.

Robusta coffee quotes increased in the Brazilian market in the first fortnight of November, although not as sharply as for arabica. The CEPEA/ESALQ Index for the robusta type 6, screen 13, Espírito Santo State, closed at 312.13 BRL (74.49 USD) per 60-kilo bag on Nov. 14, 7.7% higher than that on Oct. 31 and the highest real level since March/19.

Quotes were boosted by the US dollar appreciation and the valuation of future contracts. Abroad, despite the harvesting of the 2019/20 crop in Vietnam, international news agencies indicate that heavy rains in the Asian country may delay activities and reduce the volume available in the market in the coming weeks.

As the 2020/21 crop develops, agents focus on the weather. In the first half of November, it rained in all arabica-producing regions in Brazil, however, rainfall was irregular. In the robusta-producing regions, while the weather was favorable in Rondônia, in Espírito Santo, precipitation was sparse and temperatures were high, concerning Cepea collaborators.

The agents consulted by Cepea believe that the weather may still affect coffee production, mainly after the high temperatures and low moisture observed until October, although it is still early to estimate the output from the 2020/21 crop.

Key indicators of Enso are currently at or approaching La Niña thresho...