WORLD OF COFFEE – World Coffee Championships in the spotlight 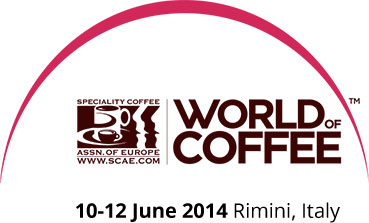 RIMINI, Italy – Everything’s ready go for the most spectacular exciting international competitions of the coffee world: on stage at World of Coffee, at Rimini Fiera from June 10th to 12th June.

The particularity and exceptional nature of the upcoming edition of the event is precisely the fact that World of Coffee and the World Barista Championship, the annual destination for baristas who are already national champions in over 50 nations, are being held simultaneously.

Every year each champion prepares 4 espressos, 4 cappuccinos and 4 original signature espresso drinks by each contestant, which must meet demanding standards in a period of 15 minutes, accompanied by music.

Certified WCE judges from all over the world assess each performance as far as the taste of the beverages served is concerned, as well as cleanliness, creativity, technical competence and overall presentation.

The signature drink allows baristas to dare let their imagination run wild and surprise the judges’ palates, incorporating the knowledge of coffee in the expression of their individual tastes and experiences.

On the other hand, the World Brewers Cup spotlights the art of filter coffee brewing by hand, promoting manual brewing techniques and service excellence.

With a compulsory service and an open service round, contestants will prepare three beverages using whole bean coffee, part of which will be supplied by the organizers and part chosen by themselves, in a presentation format focussed on the extraction and flavour profiles of each one.

World Coffee Roasting Championship is a competition debuted last year by World Coffee Events on the occasion of World of Coffee Nice 2013, in France.

The contestants at the event, which is divided into three stages, will be evaluated on their ability to judge the quality of green coffee (coffee grading), their ability to develop a roasting profile that best accentuates the desirable characteristics of each individual coffee and the ultimate cup quality of the roasted coffees.

The Cezve/Ibrik Championship on the other hand will be a challenge focussed on the preparation of Turkish style coffee.