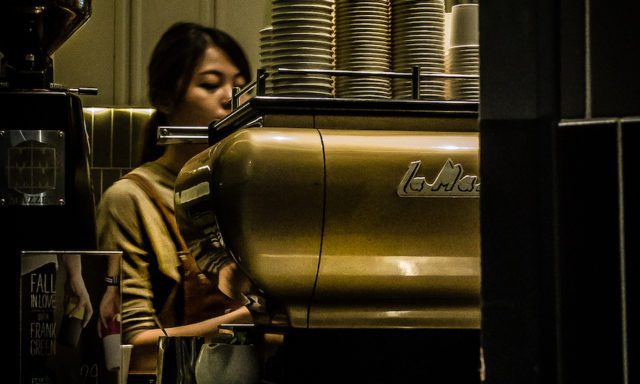 MILAN – If there’s one product taking the world by storm right now it’s coffee. And its characteristic aroma has clearly worked its magic, because the world has now woken up, as it were, to the fact that origins and crus are as important for the Coffea bean as they are for wine and olive oil.

The trend, says Mintel, is being led by the USA, where 27% of new coffeehouses adopt precisely this approach.

But the most promising market is Asia, which is opening up to the world of coffee in all its varieties, from traditional Italian espresso to brewing and the subtleties of specialty coffees.

Euromonitor International reveals that in 2016 coffeehouses were the best performing catering sector for sales worldwide, up 9.1% on the same period in 2014-2015, while the industry as a whole grew by just 5.7% and fast food by 5.8%.

And the growth, surprisingly, was seen in all regions, encompassing both emerging and mature markets, albeit with different percentages: western Europe saw sales go up by 1.5% in general, with a fall-off in traditional coffeehouses but a growth of 10.8% in specialised coffeehouses, thanks to the boost provided by the renaissance of the coffee-drinking culture.

Of all the areas, however, the Asia Pacific region proved to be the most dynamic, with coffeehouses selling specialty coffee expected to increase their sales by 3.7 billion dollars between 2016 and 2020.

Of this total, no less than 2.2 billion dollars came from China alone, where Starbucks is guiding the plethora of new western-style coffeehouse openings, that is to say places where people come to socialise over a good cup of quality coffee.

Also out among the leaders is South Korea, with a forecast growth of 715 million dollars generated by newly-opened coffeehouses, mostly accounted for, however, by business from local chains.

As for the biggest growth segment of all – capsules – Euromonitor has found that it is now reaching its peak, and although it will continue to grow in this mature phase, there will be a slowdown due to a mix of high prices, investigations of alleged copyright violations and concerns about the sustainability and safe disposal of the capsules.

So the world’s coffee market is developing in two distinct ways: firstly growing in terms of volumes, quality and variety, entering new channels (shopping malls, car dealerships, boutiques, bakeries, ice-cream parlours and fast food outlets) and secondly diversifying the product range by offering both hot and cold coffee, and focusing on coffee as an ingredient in various cooked and baked items, with new recipes and combinations.

It is a rapidly evolving industry in which not just product quality but also new technologies are hugely important, and which bartenders will find at HostMilano, where they will be able to choose from a wide range of solutions, from the most traditional to the very latest trends.