Hawaiian Organic Coffee’s new roasting method uses scientific innovation to eliminate the afterburning process all together. The coffee is roasted using a cyclone of air and a vacuum that prevents smoke from surrounding the coffee bean during the roasting process. This leads to a less smoky flavor and a reduction of carbon emissions by up to 79%, compared to the traditional drum roasting method. The drinking experience delivers the full uniqueness and with less smoke the tastes of the organic coffee bean are notable.

Hawaiian Organic Coffee was created as an expansion to the known Kundalini Coffee Company. The company was formed with the consultation of Best Roast Coffee, an innovative coffee company, and its CEO Jason Roe. Roe has an accolade of notable achievements including Los Angeles’s best coffee. In 2015, Roe was invited to mentor graduate students from the University College London (UCL). UCL is one of the world’s top-5 prestigious universities and is associated with Mahatma Gandhi and Alexander Graham Bell.

Each student who participated in UCL’s mentor program had their graduate degree with their own qualifications in fields including marketing, legal, business, and accounting. UCL’s mentor program placed students in groups with CEOs of which UCL identified as out-of-the-box thinkers. Each group, led by their corresponding CEOs, was given the task to create an authentic project in order to implement a start-up business.

Roe contributed $1,000 to his UCL mentor group to buy the NCUA annual coffee drinking trends report and valuable survey data. During this UCL study, Roe’s group of students accurately identified a market gap and the emerging demand of specialty coffee. In 2015, they predicted the demand for the Nitro, Organic, and Cold Brew specialty blends that many drink today. In fact, the National Coffee Association reports that specialty coffee accounts for over 70% of the daily coffee drinkers’ market in 2021.

“I am an advocate for data-driven decisions,” explained Roe. “We were ahead of the market and the UCL study anticipated the shift of Baby Boomer’s coffee-drinking habits who, at the time, accounted for over 71% of daily coffee drinkers. The shift to espresso-based beverages, like Americano, and now Cold Brew and Nitro were anticipated and backed with pure data from 2015. The UCL team’s study, along with the research from 2015, turned out to be one hundred percent accurate,” Roe continued.”Carbon reduction, environment, diversity, all is the focus today. At Harvard, I studied disruptive innovation under professor Clayton Christensen. One of my favorite theories is the “Job’s to be Done theory”. If carbon reduction is the job to be done for companies today, then certified carbon free Kundalini Coffee is the organic coffee solution for companies internal and service elements, to be aligned with reducing carbon and women owed supplier diversity.”

In 2019 after recognizing the merging gap in the market for women in coffee and carbon reduced organic coffee roasting, Roe pitched the idea to Julia Yim, who was working in an asset management company with over 480B$ under its management. Yim is a graduate of University of Hawaii at Manoa, with Masters in Science degree in Travel Industry Management with focus on Business Administration and Hotel Management. The idea about becoming the Co-Founder and President of Kundalini Coffee Company, appealed to Yim being passionate about health, sustainability and environmentally friendly products, Yim was thrilled by the opportunity.

“Over the years I have developed strong passion and interest for animal welfare, sustainability, and health and well-being”, Yim said. “When Jason Roe came up with the idea of new normal in coffee to contribute money spent on coffee bean purchases to animals and environmental causes, the creative idea intrigued me”. In essence, it meant my daily coffee purchase can extend beyond the coffee cup and contribute to a cause more than buying a cup of coffee for myself, and I liked the innovative strategy to contribute to something larger, it was coffee for a cause, and I loved the cause.” – Yim Concluded.

Not only does Hawaiian Organic Coffee help to reduce carbon emissions from the coffee roasting process by 79%, but it also works to contribute earned revenue towards supporting the planet and animals. For every purchase made, Hawaiian Organic Coffee donates money to Coffee for a Cause, an initiative that allows proceeds to be donated directly to charities that support the well-being of our world.

The company has since expanded into made-to-order espresso and coffee in big box grocery at multiple Gelson’s Supermarkets locations. In addition, Kundalini Coffee is now a registered trademarked coffee blend in multiple countries. Australian big-box grocery chain of Supermarkets which has over 800 locations inquired about the innovative coffee company in early 2020. The establishment of a Kundalini Coffee office in Australia ensued, and now Hawaiian Organic Coffee LLC in Oahu. “Hawaii’s political leadership, from its Mayors to Governor all seem focused on carbon reduction efforts,” said Yim. “It won’t surprise me to see the leadership legislate carbon emissions reduction policy in the coffee industry, as they did with automobiles. Drum roasting burns a lot of gas into the atmosphere, and is the process most used for coffee roasting across the Hawaiian Islands. Coffee is recognized as the second-largest traded commodity in the world… so it is only a matter of time before coffee bean roasting carbon reduction policies becomes a focus of global government.” Yim concluded.

Hawaiian Organic Coffee LLC received its Certificate of Good Standing from the Department of Commerce and Consumer Affairs from the state of Hawaii in April 2021, and has already made its first sales. Hawaiian residents can now taste and experience the coffee at multiple Hawaiian retailers who are proactive in reducing carbon emission through supporting the environment and women owned businesses. Outlets include The Four Seasons Oahu Resort. Locals can also enjoy the coffee in the Hokulea coffee shop, and other Four Seasons restaurant outlets. The new certified carbon free organic coffee is already being praised and embraced by Hawaii’s locals and Four Seasons guests alike. 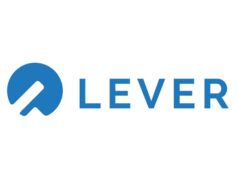 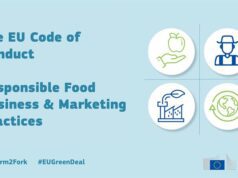