Starbucks India has an aggressive expansion plan. Move could result in about $190 million incremental revenue by 2018. Risk reward ratio appears to be incredibly favorable. Will Expansion In India Drive Starbucks Overall Growth 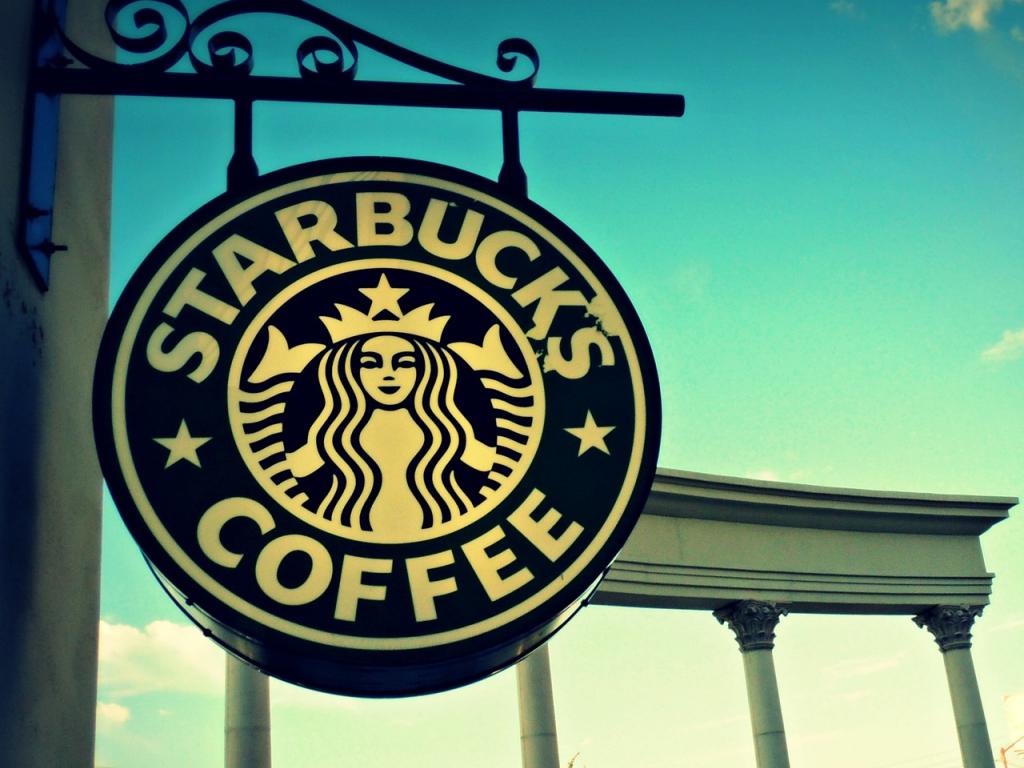 Starbucks (NASDAQ:SBUX) may have an accelerated international expansion plan in place to target the markets of Asia-Pacific over the coming years, but the company is particularly very aggressive about growth in one key market in the region – India.

Howard Shultz, CEO of Starbucks, recently announced that the coffee giant will more than double its store count in India this year alone. The company is also aiming to open more than 1000 stores in the country going forward. But what are the prospects of this rapid expansion and how exactly is Starbucks positioned when compared to its competition in the country? Let’s take a closer look.

Upsides To Starbucks India Expansion
Let me start by saying that Starbucks India is far ahead of its domestic competition in terms of coffee quality. It’s coffee blend consists of locally sourced Arabica beans which are far superior, and about 60% expensive, than Robusta blends offered by Lavazza and Café Coffee Day (domestic competition). This goes to show that Starbucks isn’t just about fancy stores; the company is actually providing a distinction in its coffee quality that no other organized coffee retailer can match in the country. 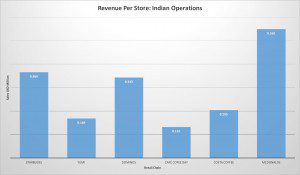 This competitive advantage somewhat materializes into higher sales. I compiled the sales figures of a few organized retailers operating fast casual restaurants in the country, and as the chart above illustrates, Starbucks India has substantially higher same-store sales figures for fiscal year 2015 compared to any of the mentioned retailers, except McDonalds. This validates the fact that consumers in the country are preferring Starbucks for its overall store experience and coffee quality; they are willing to pay extra for it. So in theory, a rapid expansion plan is a great way to capitalize on this consumer love.

Starbucks India currently has about 79 stores in operation. It’s planning to open another 100 outlets by the end of 2016, and 280 outlets by 2018. I estimate that this inorganic store growth, modeled with average annual same store sales around 8-10% throughout the period, should catapult Starbucks India’s overall revenue to $190 million and per store revenue to about $0.6 million by 2018 end.

This would represent a massive 620% cumulative topline growth as Starbucks India generated only $26 million revenue for the entire fiscal year 2015. A financial model by Kotak securities goes a step further and projects that Starbucks India would hit breakeven at EBITDA level by FY18.

There’s another factor worth considering. Starbucks is aiming to introduce dedicated Teavana stores in India by the end of this year. I’d like to point out to readers that all the figures discussed so far include only those related to dedicated Starbucks coffee stores. Any growth from Teavana stores would top the projections cited above. This essentially means that the launch of dedicated tea stores would, potentially, accelerate Starbucks India’s growth momentum going forward.

If you look at the numbers, during 2014, per capita consumption of coffee in India stood at 90 grams while the consumption of tea stood at about 700 grams. This comparison singlehandedly suggests that Teavana stores would cater to a larger pool of Indian consumers which makes a lot of business sense in terms of brand positioning. If dedicated coffee stores from Starbucks are expected to do well in India, I’m of the opinion that Teavana stores would fare even better.

Competition in the tea-retailing space hasn’t caught up yet. There are primarily three small organized tea chain startups operating in the country (namely TeaHalt, Chai Point and Chayos) and none of them have the resources or scale to compete with Starbucks. I believe this will further aid in the growth of Teavana stores in the country going forward. India is traditionally a tea-drinking nation, after all.

Challenges To Starbucks India Expansion Plan
Admittedly we’ve only discussed the upsides of this expansion plan up till now. But the venture also faces some challenges that Starbucks India could face going forward. Let’s take a closer look.

The company currently has 79 stores in operation that are strategically located in some of the poshest shopping destinations and malls in the country. Opening 280 new stores near existing ones, over the next two years, would increase the store density. Consumers will now have more Starbucks options to visit, and they’ll simply go to the nearest, or the coolest one.

I believe this would somewhat cannibalize the sales of stores currently in operation and negatively impact their per store economics.

The concept of dedicated tea stores is yet to be validated in India. We’ve only seen small startups operating in the segment and we don’t know for sure if the market is large enough to accommodate an aggressive Teavana chain launch in India.

The third concern is that the per capita consumption of coffee is very low in the country. The company is planning to expand its store count to 280 over the next two years, and if the demand isn’t there, the new stores won’t be able to return a profit. It would be a big and expensive experiment.

Since Starbucks India operates with locally sourced coffee beans, any material fluctuations in domestic commodity prices could drastically impact its margins. In the event of higher coffee and tea prices, the breakeven period for Starbucks India could take longer to reach.

Putting it all together
Granted that there are a few challenges in front of Starbucks India, I’m overall bullish about Starbucks India’s growth potential. The rewards simply outweigh the risks. The expansion plan will unlock a key market for Starbucks Global which should, in turn, aid in the sustained growth of its global growth momentum going forward.