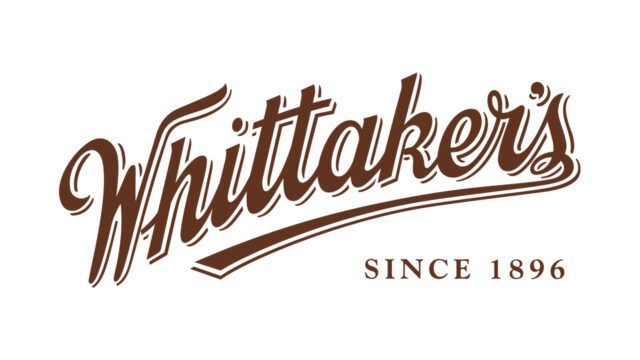 Chief Operating Officers, and fourth generation members of the longstanding chocolate-making Whittaker’s family, Holly and Matt Whittaker say they especially value receiving the Most Trusted Brand award because it is decided by the New Zealand public.

“We’re honoured to win the Most Trusted Brand award again because we take it as an endorsement of our relentless focus on quality and innovation, the progress we’ve made on our Good Honest Chocolate journey particularly in respect of ethical sourcing, and our commitment to genuine engagement with Whittaker’s Chocolate Lovers,” says Holly Whittaker.

Whittaker’s makes all of its chocolate – from bean-to-bar – at its one factory in Porirua, which means it has full control over the whole manufacturing process from roasting the cocoa beans to wrapping finished products.

“We’d like to thank our factory staff who share our passion for chocolate and our commitment to quality. We’d also like to acknowledge the many New Zealand suppliers of high quality ingredients used in creating our chocolate as well as the cocoa farmers in Samoa and Ghana that we are building such strong relationships with,” says Matt Whittaker.

Earlier this month, Whittaker’s announced that through a new partnership its entire range of 116 products that are crafted with Ghanaian cocoa beans is now 100% Rainforest Alliance Certified™. With the support of Rainforest Alliance, Whittaker’s is also identifying other ways to help its Ghanaian cocoa farmers and their communities directly. This is in addition to Whittaker’s Cocoa Improvement Programme in Samoa, which is helping to rebuild Samoa’s tradition of cocoa farming and establishing a fully traceable supply chain there.

Established in New Zealand over 120 years ago, Whittaker’s remains a family-owned New Zealand company. With 100% of its operations here, Whittaker’s is proud to be one of the largest employers in the Wellington region and an exporter of quality products.

The annual Reader’s Digest Awards are conducted by Roy Morgan Research, which surveys a representative sample of 1,400 New Zealand adults. The two top awards that come out of this voting (apart from individual category wins) are “New Zealand’s Most Trusted” and “New Zealand’s Most Iconic.”