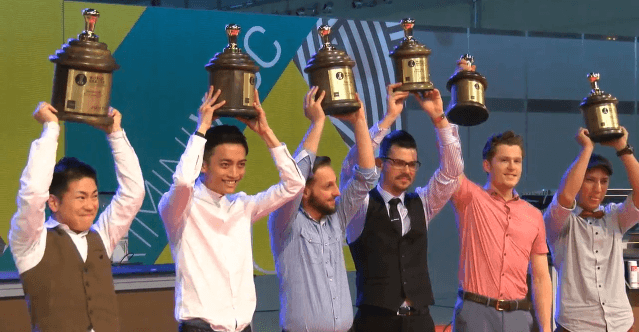 MILAN – Japan’s Hidenori Izaki of Maruyama Coffee Company, in Nagano, is your 2014 World Barista Champion. He won the Championship Final, which took place yesterday in Rimini. Izaki is the 15th champion in the history of the competition and the first WBC champion from Asia.

Izaki competed in the 2014 WBC using a coffee from Costa Rica processed at Microbeneficio Monte Copey. He had an impressive group of supporters from both Costa Rica and Japan. Founded in 1991, his company, Maruyama Coffee, is one the best coffee roasters in Japan, reports Barista Magazine.

Owned by the internationally respected Kentaro Maruyama, the company has produced barista champions for years, including most famously Miki Suzuki, who made it to the final round in 2012 at the WBC in Vienna.