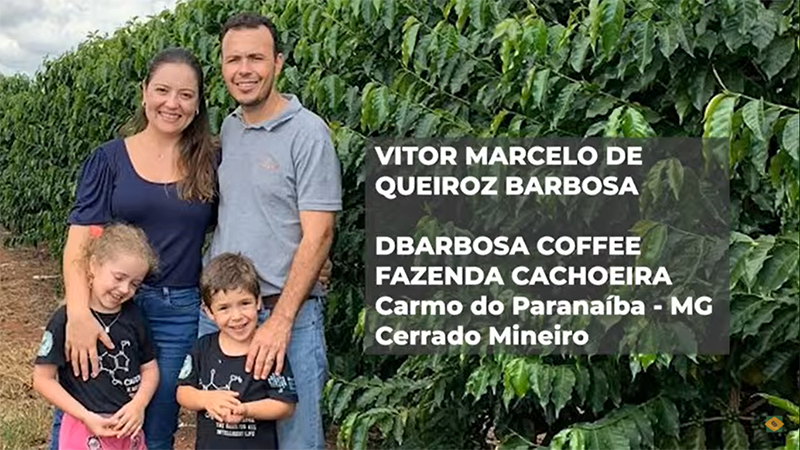 MILAN – Coffee producer Vitor Marcelo de Queiroz Barbosa from the farm Fazenda Cachoeira in Carmo do Paranaíba with the origin denomination of the Region of Cerrado Mineiro won first place in the Cup of Excellence – Brazil 2021. The results were announced on Thursday 18th November in an online event hosted by Vanusia Nogueira, Executive Director of the Brazilian Specialty Coffee Association.

The winning lot got a score of 90.50 points from the International Jury headed by Eduardo Ambrocio and was named the best specialty coffee of Brazil for the 2021 coffee crop.

Samples from Luiz Paulo Dias Pereira and others, produced at Fazenda do IP, in Carmo de Minas, in the Denomination of Origin Mantiqueira de Minas, came next, with 90.14 points.

Cup of Excellence Brazil 2021 was held by the Brazilian Specialty Coffee Association (BSCA), in partnership with the Alliance for Coffee Excellence (ACE) and the Brazilian Export and Investment Promotion Agency (Apex-Brasil).

In the competition, 29 competitors from 7 coffee origins reached a score of 87 points or more in the international stage.

Nine National Champions with scores between 86 and 86.99 were also designated by the competition.