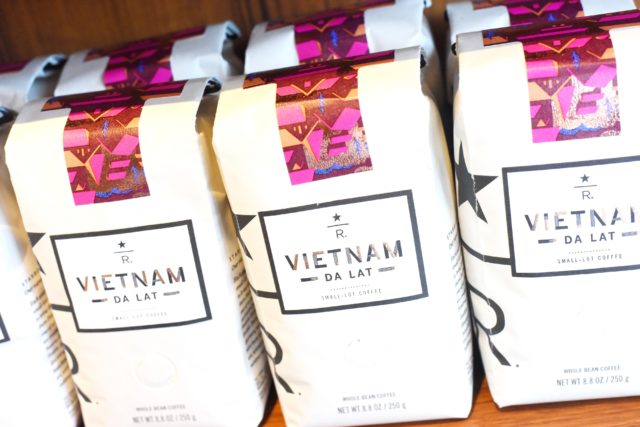 HANOI – Vietnam’s Da Lat coffee is back in Starbucks stores globally following a year of disruption. Designated as a Starbucks Reserve Coffee in 2015, Da Lat coffee was sold by Starbucks for the first time in January 2016.

Starbucks Reserve coffees are rare, small-lot coffees selected by the company’s experts and roasted in Seattle.

Due to its limited quantity, Đà Lạt coffee was supplied only for a short time. It stopped selling early last year when the 2016 coffee crop did not meet the Starbucks’ quality standards.

D. Major Cohen, Starbucks Coffee Ambassador, said that this year beans are much tastier than the previous crop with more flavours.

Da Lat is an Arabica coffee known to have a bright refreshing acidity, that brings out the flavours of kola nut, toffee and vanilla. It cost US$50 per small bag last year.

With the aim of ensuring the supply of the finest coffee, Starbucks only purchases coffee beans from farmers and suppliers who perform the C.A.F.E (Coffee and Farmer Equity).

Practices, which are used to evaluate the quality, economics, social and environmental aspects of coffee production, Major added.

He also said that Starbucks is committed to selecting one coffee origin from the coffee-growing countries such as Việt Nam, India or Indonesia, to sell in their stores globally.