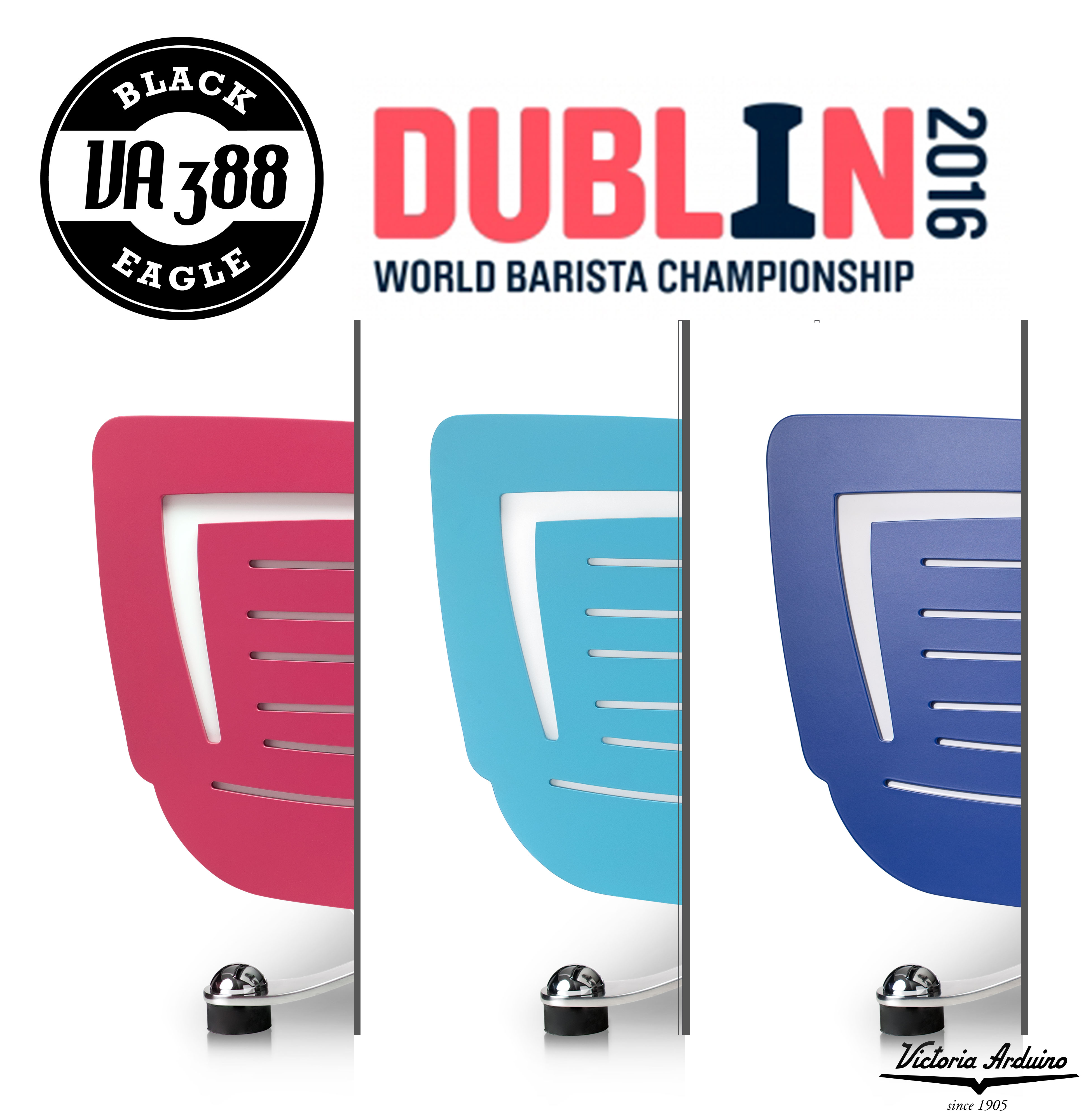 BELFORTE DEL CHIENTI (Italy) – We have arrived at the expected appointment for the World Barista Championship in 2016, taking place for the first time in Dublin.

Victoria Arduino is technical partner of the event and official supplier of VA 388 Black Eagle. The champions will compete with machines created specially for the championship in three different colours, coral, periwinkle blue and turquoise.

These colourful machines are unique and created specifically for the WBC 2016. They will themselves be ‘trophies’ for competitors, fans and collectors who want to leave Dublin with a particularly significant reminder of the history of world competitions.

Victoria Arduino hopes that the three colours are also good luck for the 61 competitors expected at the competition. Using the VA 388 Black Eagle in front of international judges they have at most 15 minutes to prepare four drinks. Four expressos, four milk-based drinks and four espresso coffee-based drinks.

And may the best person win!