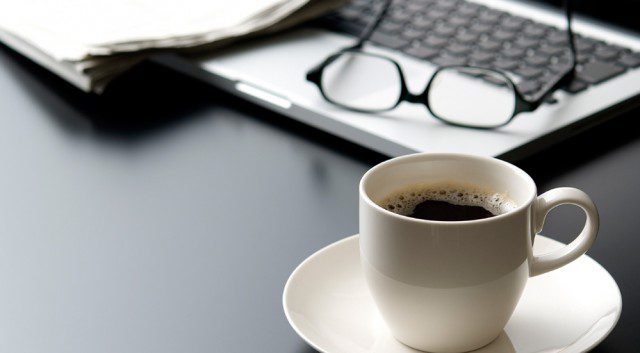 WATERBURY, Vt. – In a recent survey office workers say coffee plays an important part in success in the workplace. Coffee was identified as key in securing some of offices’ best business deals, networking, and important to office workers being their best.

In fact, coffee drinkers are more likely to identify themselves as “professionally successful” than their non-coffee drinking counterparts.

Keurig Green Mountain, Inc. has released the “Coffee Break Survey”, conducted by Harris Poll in December 2014 among 843 office workers which reveals that good coffee in the workplace has a variety of surprising social and professional benefits.

For many office workers (89%), a good cup of coffee can make their entire workday better. Without their daily cup of coffee, coffee drinkers can feel a range of negative emotions— exhausted (36%), irritable (35%), unproductive (30%), disorganized (20%), or forgetful (14%).

The majority (85%) also say having coffee with a client or colleague can be a great way to build relationships. And while the majority of coffee drinkers (84%) agree having good coffee in the office is an important perk, over half (52%) wish their company would get better quality coffee for their office.

“Coffee brings people together and is a great way to connect with co-workers. Having good coffee in an office is an easy way to keep employees happy and as this recent Keurig survey shows, it can also contribute to productivity and success,” said Nicole Williams, Career Expert and Founder of WORKS.

A coffee break can bring individuals together — 1 in 5 office workers (19%) say their colleagues do their best brainstorming or collaborating around the office coffee machine.

Additionally, office workers say they like to visit the office coffee machine to catch up with co-workers (37%); interact with their boss in a more casual way (16%); brainstorm or collaborate with others on a project (13%); or spark their own creativity (9%).