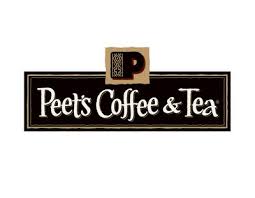 The companies plan to launch a selection of Keurig licensed Peet’s coffee and tea varieties in K-Cup packs for Keurig brewers produced by Keurig by the end of the summer.

Peet’s will continue to hand roast the beans for its Peet’s K-Cup packs at its LEED-Gold certified roasting facility in Alameda, Calif. and the roasted beans will be transported to Keurig for grinding and packaging in K-Cup packs.

Keurig will distribute Peet’s K-Cup packs to specialty and department stores and away from home channels, as well as via its U.S. consumer direct site, www.keurig.com.

Peet’s entered the single-cup format just seven months ago and has quickly established a strong presence, expanding its distribution and retail sales of its single cup products, which are now available in over 12,000 stores nationwide.

“Consumers consistently choose the Keurig brewing system for the quality, simplicity, value and variety of the brands and beverages available in the system,” said Brian Kelley, Keurig’s President and CEO.

“We’re thrilled to bring Keurig consumers and Peet’s lovers the choice of Peet’s premium specialty coffees and teas as part of the continually growing Keurig family of brands; hand roasted by Peet’s and expertly packaged in K-Cup packs by Keurig to deliver optimum freshness and taste with the ease of the Keurig brewing system.”

“We continue to have incredible growth and success in the single cup category as existing and new consumers have responded very favorably to the quality and experience of Peet’s in the single cup form over the past year,” said Dave Burwick, president and CEO of Peet’s Coffee & Tea.

“We believe now is the right time to partner with Keurig and work together to further advance this important, growing category.”

Since Peet’s opened its first store in Berkeley, CA in 1966, the company  has been steadfastly dedicated to crafting the highest quality coffee, as set forth by founder, Alfred Peet.

Peet’s coffee buyers travel the world to select the finest coffee beans. Each batch of coffee is then hand-roasted before being immediately packaged and shipped to uphold a strict standard of freshness.

Keurig hot system brewers use innovative brewing technology to deliver a fresh-brewed, perfect single cup of hot or brewed over ice coffee, tea, cocoa, or fruit brews every time at just the touch of a button.

With the launch of the next generation Keurig 2.0 brewer expected this fall, Keurig consumers will be able to brew both a single cup and a carafe of coffee from a Keurig brand pack.

Consumers also will get the same Keurig quality, simplicity and beverage choice they expect with more than 50 brands and more than 290 beverage varieties currently available, all brewed with Keurig’s new beverage-optimizing brewing technology.

The Keurig single cup brewing system was recently recognized as the “Brand of the Year” in the single serve coffee maker category in the 2014 Harris Poll EquiTrend Equity Study.

For the third consecutive year, the Keurig system has received the highest ranking in the coffee maker category based on consumers’ perceptions of familiarity, quality and purchase consideration, a selection of several qualifying elements evaluated.