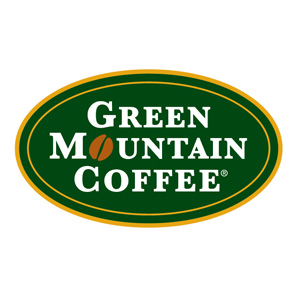 “We delivered 4% sales growth and experienced our best holiday season ever,” said Brian P. Kelley, GMCR’s President and CEO. “We achieved record brewer volume, revenue and retail sell-through despite a challenging holiday season for many retailers, demonstrating the growing popularity of our Keurig brewing system among North American consumers.

We believe these results will drive continued strong Keurig brewer installed base growth and future portion pack consumption. We’re very pleased with our solid gross margin progress, our 26% non-GAAP earnings growth and our $212 million in free cash flow in the quarter.”

The Company’s 4% sales growth in the first quarter of fiscal year 2014 compared to the prior year period includes the unfavorable impact of foreign currency exchange rates which reduced net sales by approximately 0.8% (click to enlarge).

For the quarter, a record 5.1 million Keurig system brewers were sold including 4.9 million sold by GMCR with 0.2 million reported sold by GMCR’s licensed brewer partners.

Sales of other products declined $17.9 million, or 18%, in the quarter over the prior year period primarily due to the continuing demand shift from traditional coffee package formats to packs, particularly in Canada.

The following table quantifies the changes in gross margin period to period:

“Our strong earnings growth and business fundamentals are making it possible for us to deliver strong free cash flow and to repurchase shares, all while reinvesting in the growth of our business,” said Frances G. Rathke, GMCR’s Chief Financial Officer. “We ended the first quarter of fiscal year 2014 with a net cash position of $90 million, with cash and cash equivalents exceeding outstanding debt, capital lease and financing obligations.”

(1) Free cash flow is calculated by subtracting capital expenditures for fixed assets from net cash provided by operating activities as reported in the unaudited statement of cash flows.

Share Repurchase From the inception of its Board authorized share repurchase program in August of 2012 through today the Company has repurchased a total of 10.5 million shares at a total cost of $387 million and an average price of $36.92.