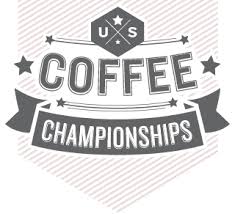 At the Barista Competition, baristas compete in front of four sensory judges, two technical judges and one head judge as they prepare and serve four espressos, four cappuccinos and four signature espresso beverages during a 15-minute race against the clock.

At the Brewers Cup, competitors are judged in two rounds by skilled coffee tasters. The first round is a blind tasting; the competitors all brew the same coffee on their chosen manual deceives. Those who advance to the second round will brew and present their chosen coffee to the judges’ panel.

Open to the public and free to attend, the event will also host several opportunities for attendees to learn more about the world of specialty coffee and provides the opportunity to taste coffee from local roasters.

Who: 80 professional baristas and coffee experts from the Big Eastern Region

Visuals/Highlights: At the Barista Competition, the Big Eastern premier baristas battle it out with a Nuova Simonelli Aurelia, the official espresso machine of the USBC and Malhkonig grinders, the official grinder of the US Barista Championships. As they ready their beverages, contestants engage the audience, explaining their actions and selections, while seven judges watch and evaluate.

Background: The Big Eastern Event is one of three Super Regional Coffee Competitions taking place in three locations across the country.

The winners of each competition go on to compete in the United States Coffee Championships at the SCAA’s 26th Annual Event, April 24-27, 2014 in Seattle, WA.

The winner of each U.S. Coffee Championship moves on to compete in the 2014 World Barista Championship and World Brewers Cup in Rimini, Italy, in June 2014.