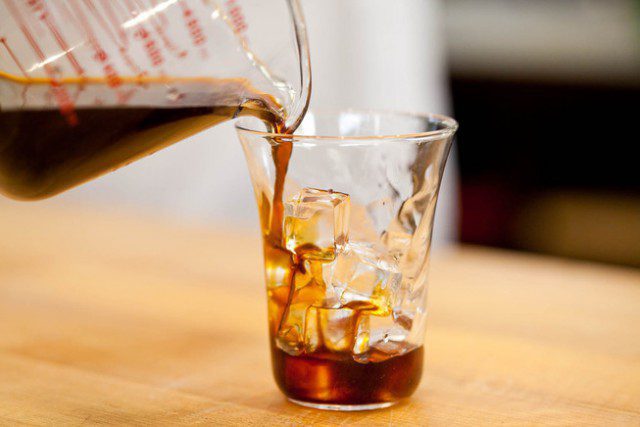 The popularity of cold brew coffee in the United States has exploded in the last year, according to new research from Mintel. Retail sales of cold brew reflect its expanding role in the coffee category with estimated 115 percent growth from the year prior, reaching $7.9 million in sales.

Growth has been steady since 2010, increasing 339 percent through estimated 2015. However, cold brew remains a small part of the overall ready-to-drink (RTD) coffee segment, making up just 0.4 percent of sales in estimated 2015.

Despite its rising popularity in the US, the majority of cold brew coffee non-drinkers remain uninterested in trying the product (58 percent). This is particularly true of older generations, including 65 percent of Baby Boomers.

While cold brew promotes a smoother, less acidic taste and a naturally sweeter flavor, Mintel research shows that the majority of consumers who have tried, but do not like cold brew say it is because of the taste (48 percent).

The higher price point is a detractor for a mere 9 percent of cold brew drinkers. Consumers who have not tried cold brew and are not interested in doing so are most likely to cite taste perception as the reason (83 percent).

Highlighting a potential need for consumer education, nearly one in 10 consumers (9 percent) who have not tried, and are not interested in trying, do not know what cold brew is.

“Retail sales of cold brew coffee reflect its rising popularity as growth has been steady since 2010, shooting up rapidly from 2014-2015,” said Elizabeth Sisel, Beverage Analyst at Mintel.

“While cold brew represents a small portion of the overall category, our research indicates curiosity about trying a new style of coffee is driving current consumer demand. However, this may foretell future challenges for the beverage; when a newer coffee brewing method begins to trend, it may easily overshadow cold brew’s current popularity.”

Roasted coffee, which includes grounds and beans, is the largest segment by sales in estimated 2015, comprising approximately 44 percent market share. However, it has struggled in recent years as coffee prices increase, and single-cup coffee popularity challenges its growth.

The segment continues to close the gap between it and roasted coffee, with single-cup sales forecast to surpass roasted coffee by 2018. Growth is expected to continue through 2020, growing 81 percent from 2015-20, reaching $7.75 billion.

“Single-cup consumption will likely continue to close the gap between it and roasted coffee, as ground coffee has peak market penetration. Single-cup popularity has ongoing potential to appeal to consumers’ preferences for convenience and variety.

With the majority of consumers using single-cup coffee because it helps them reduce unused coffee waste, we see general coffee trends moving toward the single-cup coffee segment. Consumer preferences for premium and craft coffee brews are creating demand for better quality in single-cup form,” continued Sisel.

Challenges facing the single-cup coffee segment center around indications that consumers are concerned with the environmental impact from packaging waste.

According to Mintel data, more than two in five single-cup coffee consumers (44 percent) are drinking single-cup coffee less often because of its environmental impact and are looking for a change to help ease their conscience about usage. Nine in 10 single-cup coffee users (88 percent) say all packaging should be biodegradable or compostable.

“Manufacturers need to address the environmental concerns consumers have related to single-cup coffee packaging in order to increase consumption volume, as the majority of users say that biodegradable or compostable packaging would encourage them to drink more single-cup coffee,” commented Sisel.

“Reusable pods offer an environmentally-safe option for single-cup coffee machines, as well as an affordability benefit when consumers use their own grounds. Single-cup recyclable programs also offer a possible solution as they provide consumers an opportunity to take control of their own environmental concerns.”

This was lower for the US, which saw an average of 3 percent from 2011-August 2015. Three percent of US coffee product launches in 2015 included a high protein claim, according to Mintel GNPD, in line with continued high-protein trends across food and drink categories.

“The majority of Americans are coffee drinkers, drinking a wide variety of types. The category has great opportunity for growth, as long as it continues to evolve to meet drinker demands and innovate with current trends, including alternative preparation methods, premium or artisanal brews and better-for-you options.

Traditional roasted coffee remains at the height of market penetration, helping to spark interest in newer format single-cup and ready-to-drink coffees, including cold brew. While single-cup packaging waste and low usage occasions for ready-to-drink coffee is a challenge for manufacturers, they also provide opportunities for improvement and innovation.

Functional coffee is one example where the category is innovating. While still in its infancy, Mintel research indicates that core consumers welcome it as another option,” concluded Sisel.