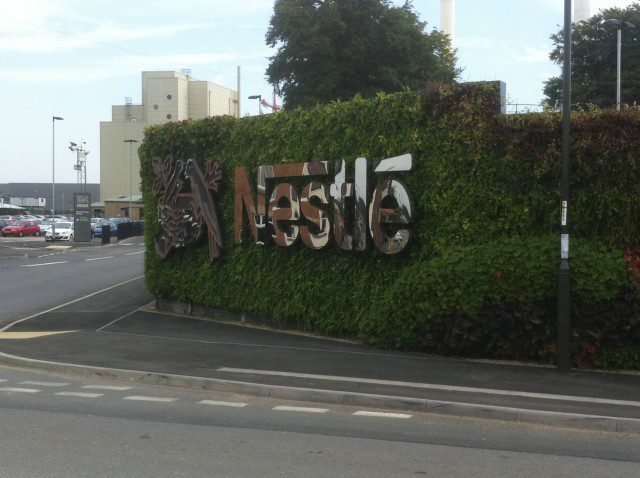 The UK Secretary of State for Business, Innovation and Skills Sajid Javid MP visited on Thursday Nestlé Tutbury in Derbyshire and welcomed the official opening of Nestle UK’s new and improved factory.

Following a £325 million investment, the factory in Derbyshire has seen a major transformation over the last few years and for the first time in the UK houses all forms of coffee production including freeze dried, spray dried and pod technology brought together on one site creating a Coffee Centre of Excellence.

As a major employer in the local area, there are currently 1000 people in highly skilled jobs in manufacturing and engineering, with 23 apprentices and nine graduates currently working at the site; following the investment an additional 425 jobs were created.

At Tutbury, over 1.8 billion Nescafé Dolce Gusto coffee capsules were produced in 2015, 85% of which were exported to 70 markets including Brazil, Germany, Switzerland, France, Italy, Japan, Mexico and the US.

The official opening follows the launch of Nestlé UK’s insights into addressing the productivity agenda. “Productivity in Practice” is a series of insights which show links between productivity gains through investment in new technology and sustained improvements by the Company’s people at all levels.

“Today I’m pleased to be opening Nestlé’s new and improved factory following its impressive £325 million investment. This will create 425 new jobs, powering our national economy and supporting the local community.

“The Midlands Engine is home to a diverse range of exciting businesses and its continued success is creating jobs for all, from apprentices to highly skilled manufacturers. Today’s announcement is another example of why the economy here has been outperforming the rest of the country since 2010.”

“Today’s opening is a proud moment for Nestlé and for me personally. It represents a very significant investment in our Tutbury factory which is now a true centre of excellence for our coffee business.

“We are taking the UK’s productivity challenge incredibly seriously at Nestlé and this investment has made Tutbury one of our best examples of that. We have made processes more efficient, given our employees new skills and equipped them with state-of-the-art machinery with which to do their job.

“I’d like to thank the Secretary of State for Business, Sajid Javid, for attending today’s opening and to everybody who has worked so hard over a number of years to deliver this impressive new facility.”