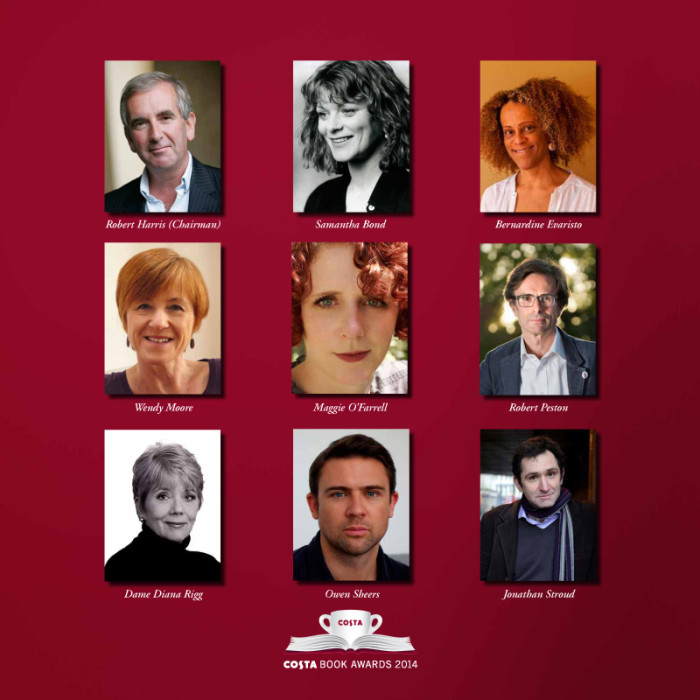 LONDON – Bestselling author, Robert Harris, will chair the final judging panel which selects the overall winner of the prestigious 2014 Costa Book of the Year, it was announced today.

Originally established in 1971 by Whitbread Plc, Costa announced its takeover of the sponsorship of the UK’s most prestigious book prize in 2006. 2014 marks the 43rd year of the Book Awards.

The final nine-member panel that selects the overall Costa Book of the Year is made up of a Chairman, a judge from each category panel and three other well-known people in the public eye – and who are outside of the publishing world – who love reading and whose opinions the public would respect.

The final judges will meet on Tuesday 27th January 2015 to select the winner of the Costa Book of the Year, which will be announced at an awards ceremony later that evening.
The ceremony, hosted by presenter and broadcaster Penny Smith, will take place at Quaglino’s in central London.

“What a stellar line-up of judges we have this year, all of whom share a passion for excellent writing and a good read,” commented Christopher Rogers, Managing Director at Costa “We’re thrilled to have such a fine panel of well-read people to undertake the task of selecting the Costa Book of the Year in January.”

Each of the five category award-winning authors receives £5,000 and the author of the overall Costa Book of the Year will be presented with a cheque for £30,000. This is the 43rd year of the prize. The winner of the Costa Short Story Award – now in its third year and voted for by the general public – will also be announced at the awards ceremony.

For more information on this year’s Costa Book Awards, go to www.costa.co.uk/costa-book-awards.