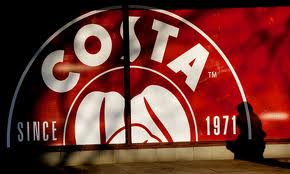 The shop at the Kennedy Centre opened on Friday, while the remaining two are expected to open over the next few months.

Costa now has 21 shops in the region which employ 250 people.

Dervla Arthurs, Marketing Manager for Costa Ireland, said: “We are delighted to be opening three new shops and up to 40 new jobs in Northern Ireland over the forthcoming months.

“Not only will we be offering a top quality product and service but anyone who joins our team will benefit from our excellent staff training which includes a dedicated core skills trainer and the opportunity to train at our Barista Academies in Dublin and Cork.

“Our talented Baristas also have the chance to take part in the Costa Barista of the Year and represent Ireland in the world finals which are held annually at our Roastery in Lambeth.”

One of the top five coffee chains in the world, Costa Coffee opened their first store in Northern Ireland in 2004 at Belfast City Airport.

It also has 56 stores in the Republic of Ireland which employ more than 500 people.