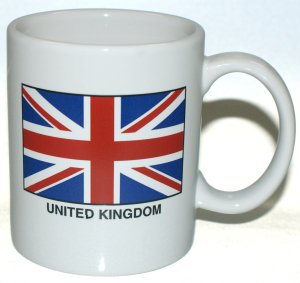 LONDON – Britain is falling out of love with the cuppa after a dramatic fall in sales of tea bags, writes Steve Hawkes, Consumer Affairs Editor of The Telegraph. New figures reveal that volume sales of tea are down by more than 6 per cent in the past 12 months, almost double a 3 per cent fall in the previous year.

Experts said it appeared Britons were ditching the traditional cuppa for the more fashionable cappuccino given staggering sales growth at high street chains such as Costa Coffee and the success of coffee makers such as Nespresso.

Industry magazine The Grocer said sales of Tetley Round tea bags were down 17.3 per cent in the past year, while PG Tips Pyramid sales were 6.4 per cent lower. Typhoo sales were up a mere 1.2 per cent.

At the same time, sales of Nescafe are up in supermarkets by more than 6.3 per cent. And high street chains such as Costa are reporting staggering growth as they role out more espresso bars across the UK

Last week Costa Coffee said sales in the past three months were 20 per cent up on the same period a year ago.

Adam Leyland, editor at the Grocer, said: “This year’s tea sales mark a significant acceleration in the long-term decline of tea. In 2012, volume sales fell 3.3 per cent. In 2011, they fell 1.7 per cent. So it’s basically doubled and doubled again.

“There have been some gains for Yorkshire Gold, but we are now a nation of coffee drinkers.”

Starbucks is safely reintroducing the use of of reusable cups across E...