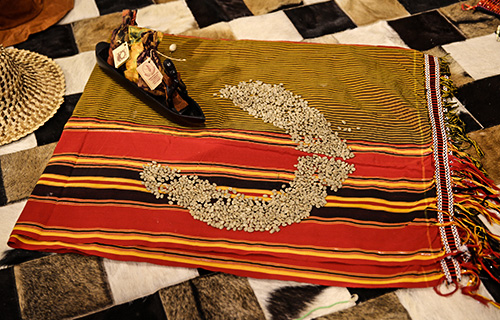 Uganda’s coffee industry moves to penetrate the international market further, as it makes an appearance in the just concluded Coffee and Tea Expo held recently in Moscow.

The event, which brings together key players in the coffee sector to foster productive discussions around the sector, was an avenue for Uganda Coffee Development Authority (UCDA) in conjunction with the Embassy of Uganda in Moscow to exhibit the country’s coffee.

Coffee also called the ‘Black Gold’ is one of the most relied agricultural commodity in Uganda as it has recorded bountiful harvests over its export receipts in the previous years.

Coffee alone contributes between 20 – 30% in terms of foreign exchange earnings to the Uganda Economy despite tough economic times, low export volumes and a decline in prices.

Uganda is the second biggest producer of coffee in Africa after Ethiopia. The country produced 4.6 million bags in 2017, according to the UCDA.

Latest data from UCDA shows that coffee export volumes increased by 18% to 4.2 million of 60 kg bags in the 2016/17 season that ended on September 30 compared to the previous year. With this increase, the country is looking to penetrate foreign markets and boost its export earnings hence its showcase in Moscow.

The country is also looking to improve its coffee quality so as to sell its product at a premium price on the global market. In the just concluded Coffee and Tea Expo, Uganda successfully sought business opportunities with the aim of luring investors to boost its agriculture sector.

Dmcc to expand its Coffee and Tea Centres with target to triple output...