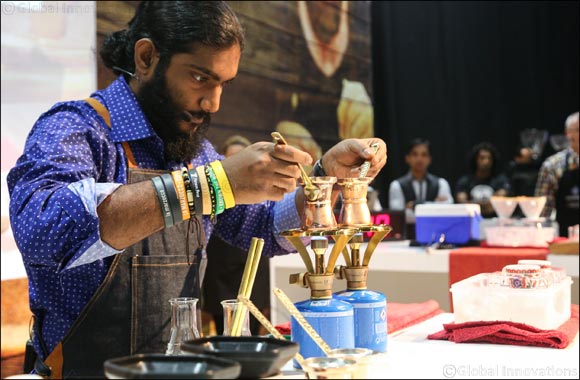 As the MENA Cezve/Ibrik Championship winner, Ranjedran will represent the region at the World Championship 2017 in Budapest, Hungary.

“I am extremely excited and happy to have won this prestigious title and would like to thank everyone who has been part of my journey to the top,” said Ranjedran. “It truly has been an amazing day for me. Next stop for Budapest!”

With the aim of promoting excellence in the centuries old art of brewing Ibrike coffee – the traditional technique of using a small, long-handled pot that is famously known as ‘Turkish’ coffee – the MENA Cezve/Ibrik Championship was organised by the Speciality Coffee Association of Europe (SCAE).

“First, I would like to thank Dubai World Trade Centre and the regional coffee community for making this event come to life. It is a dream to work with the team here. The support we have received has been phenomenal and without their help and hard-work this would have been mission impossible,” said Annemarie Tiemes, Education Field Manager, SCAE.

Staged over three days, the performance of MENA Cezve/Ibrik Championship contestants was evaluated on the taste of coffee served, cleanliness, technical skills, creativity and overall presentation.

The judging panel comprised Konstantinos Komninakis, the Cezve/Ibrik world champion in 2016; Stavros Lamprinidis, the 2014 world champion; and experts from across the UAE coffee industry. Sara Al Ali from Saudi Arabia and A.J. Padilla from the UAE finished second and third, respectively.