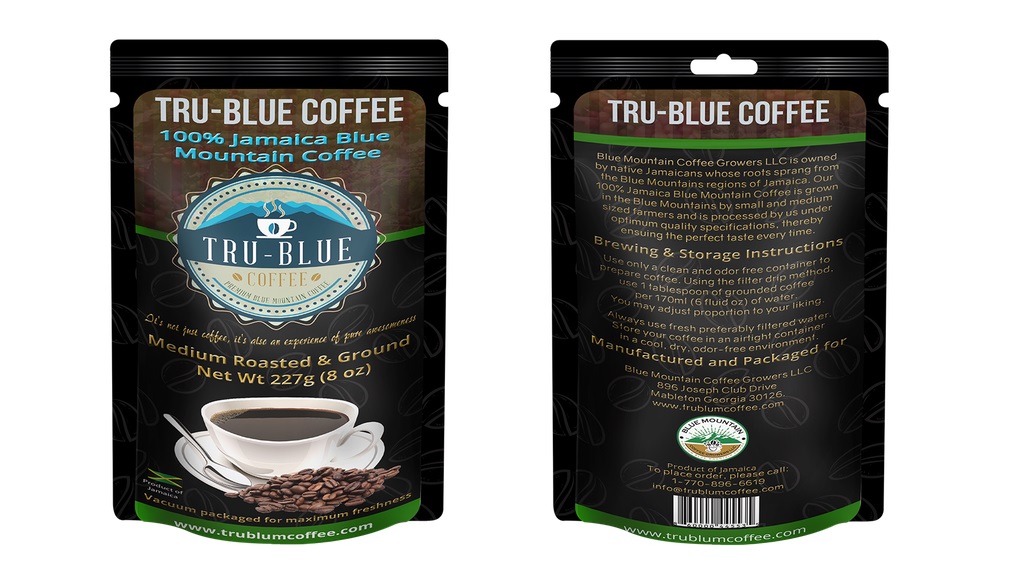 ATLANTA, U.S. — Tru-Blue Coffee has proudly announced that it is introducing one of the most globally loved coffee through Kickstarter. This organically grown, 100% premium coffee is the internationally popular Jamaica Blue Mountain Coffee and the company has recently launched a crowdfunding campaign on Kickstarter to raise funds and support for this project.

Moreover, the goal of this Kickstarter campaign is to raise a sum of $80,000

“Our aim is to produce, roast, packaged and sell nothing but the best organically grown, Arabica coffee beans Jamaica’s Blue Mountains has to offer.” Said Orville Campbell, the CEO of Blue Mountain Coffee Growers, LLC., while introducing Tru-Blu Coffee to the Kickstarter community.

“Our production methodology follows strict processing guidelines from tree to cup and we are welcoming you to support us in this fundraising campaign on Kickstarter,” he added.

The Kickstarter Campaign is located on the web at:

www.kickstarter.com/projects/trublumcoffee/organically-grown100-premium-jamaica-blue-mountain and backers from around the world can become a part of this project by making generous pledges and donations. The project offers a wide range of rewards for the supporters with nationwide shipping across the United States and more details are available on the Kickstarter campaign page of the project.

Blue Mountain Coffee Growers LLC is an Atlanta based registered American coffee manufacturing company and Tru-Blue Coffee is its registered trademark. The company was founded and incorporated by Orville Campbell in March of 2018, who is also its CEO. Moreover, the company has recently launched a crowdfunding campaign on Kickstarter to raise funds and support for its Jamaica Blue Mountain Coffee, and it is welcoming everyone to generously participate in the fundraising.