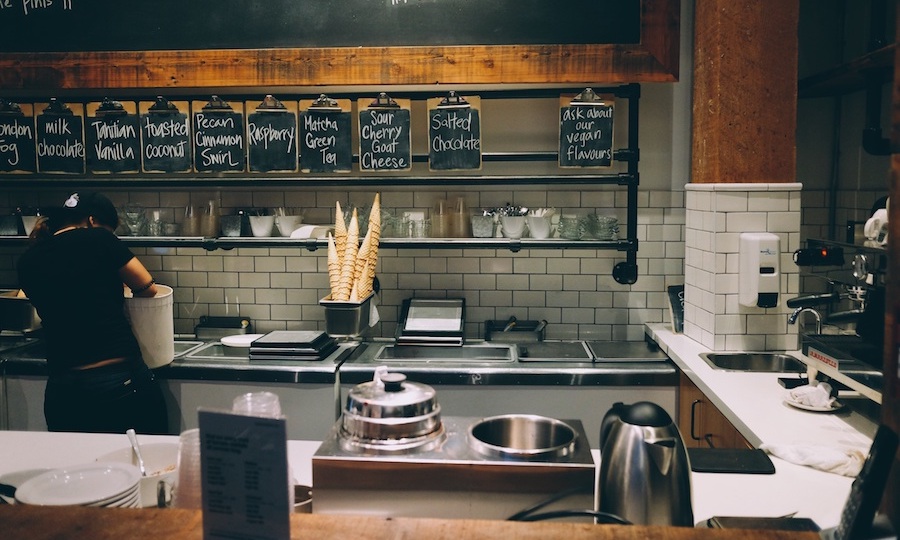 The USA has officially adopted “gelato”, which they now like to call by its Italian name: “gelato” means the artisan variety, rather than regular soft “ice cream”.

In ten years it has gone from being a niche product for foodies to cornering a 5% share of a market in which there are big bucks to be made.

Euromonitor and Mintel expect the market to grow by another 32.2% this year.

Americans really have fallen for artisan gelato, especially because it has fewer calories and less fat than its soft counterpart (it is made from milk rather than cream), and so is perceived as being healthier.

It also has a more intense flavour than soft ice cream because it has no air in it and is served at a slightly higher temperature.

Artisan gelato is a smash hit in Canada too, where the first gelateria using liquid nitrogen has opened in Vancouver.

As “Canadian Grocer” explains, this desire for gelato also means exploring new flavours and versions, which need to be as wholesome and healthy as possible.

Now there are vegan gelaterias, while the classic frozen yogurt remains very popular.

Mintel found that 44% of Canadians prefer artisan gelato while “premium” flavours (like flambé toffee and olive oil pistachio) are a hit with 38%, although 45% said they would be willing to try out new flavours.

These could be anything from green tea to mango or mochi (a traditional rise-based Japanese dessert) and kulfi (an Indian semifreddo).

Other popular choices include hibiscus, cardamom, roast coconut and the inevitable matcha.

Other hits are the combination of wine and gourmet chocolate, such as Cabernet-flavoured chocolate and white Zinfandel-flavoured peach. In Vancouver, Bella Gelateria has introduced the first gelato made from buffalo’s milk.

Innovation does also extend to the more traditional soft ice cream, however: there are variegated flavours, versions made from low-fat organic milk, and others that are positively dripping in chocolate and coated in walnuts and pistachio.

Finally, cones that are soft on the inside and crunchy on the outside, inspired the famous Hungarian pastry and chimney-like in appearance, are supplied by Eva’s Original Chimneys.