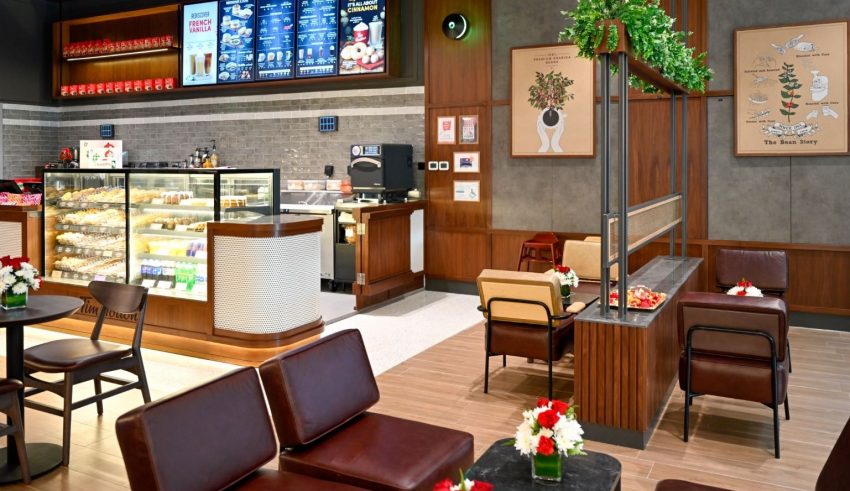 DUBAI, USA – Since the opening of its first branch in Dubai in 2011, Tim Hortons shared the UAE’s past as well as its future, and was part of the Emirati society which it considered as home in all the sense of the word, with its 77 outlets spanning over Dubai, Abu Dhabi, Sharjah, Ajman, Fujairah, Ras Al Khaimah, and Al Ain.

More than 50 years ago, the F&B concept opened its doors in Hamilton, Canada on May 17, and the only thing available on the menu back then was coffee and donuts.

Fast forward to 2011, the iconic retail group “Apparel” has introduced the iconic Canadian Tim Hortons brand to the Middle East, opening its first location in Dubai. The brand was received with unprecedented excitement from both locals and expats due to its renowned history, quality of food, and its popularity as the largest coffee chain with more than 4000 locations in Canada.

The chain quickly became known in UAE for its freshly brewed coffee and freshly baked food, as its tagline “Always Fresh, Always Delicious” continually delivered this promise. In the years to follow, Tim Hortons expanded across the UAE where it became the cafe of choice for all.

The UAE is an environment that welcomes innovation

Tim Hortons strongly believes in delivering superior quality products and services for its customers and communities through leadership, innovation and partnerships.

The UAE constituted an attractive environment for Tim Hortons that provides a developed infrastructure and business incentives that helped the chain to thrive and expand across the country and worldwide.

The inspirational vision behind the country’s leadership has created a prospering atmosphere for entrepreneurs and like-minded businesspeople to continue to establish their investments in the UAE.

Recently with UAE’s National Day celebrations and achievement commemorations, plans were also being set into action for the next 50 years. As the UAE continues to grow and thrive, Tim Hortons will continue to grow with it, while always promising unparalleled moments of delight for its visitors.

Hesham Almekkawi, CEO of Tim Hortons Middle East, stated that, “The business environment in the UAE has strongly contributed to attracting many regional and global companies. The Emirates is considered as the ideal location for them due to its achievements in developing a suitable business model for entrepreneurship and talents through the continuous efforts and support of its government.”

Almekkawi added that, “With the exceptional achievements of the UAE, we are honored and thrilled to be a part of this remarkable journey. And with the immense success the brand has experienced here, we are ready to push it to the next level and prosper with the visionary plans the UAE has set for the coming 50 years.”

What gives Tim Hortons such a relevant place in the hearts of all its UAE customers is the fact that its concept stores cater to all segments of the community. From the drive-thrus and main street outlets to its branches in malls, community compounds, petrol stations, universities, and hospitals, the brand is present wherever you may need it, with plans to further expand throughout the United Arab Emirates, Saudi Arabia, Qatar, Oman and Bahrain; and soon in Kuwait, Egypt, and India.