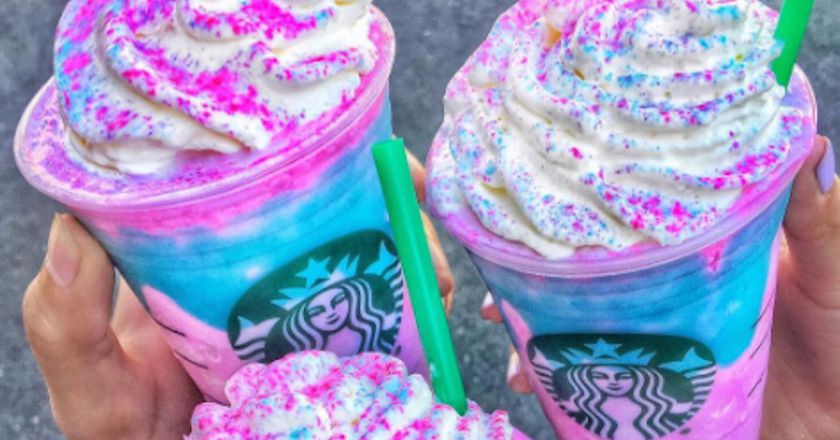 NEW YORK, U.S. – The unicorn wars have begun. If the unicorn food trend isn’t already making you throw up a little in your mouth, hold on—things have officially taken a turn for the worse. First, the notion of a rainbow-coloured, Instagrammable, frothy drink was co-opted by corporate America in the form of the Unicorn Frappuccino Blended Crème.

Now, a coffee shop in—where else?—Williamsburg, Brooklyn filed a lawsuit against Starbucks, claiming that it controls the trademark to the Unicorn Latte name and that Starbucks owes the coffee shop 10 million bucks for infringing said trademark.

Presumably, one could buy a real unicorn on the open market for a cool $10 mil. All of which brings us to ask these inevitable questions: Has our entire generation jumped the shark? Has everyone under the age of 35 become a cultural stereotype? Oh, and does anyone have any Lisa Frank memorabilia to sell?

The owners of The End, the Williamsburg coffee purveyors, claim that their customers now believe The End copied Starbucks, when it’s really the other way around.

Papers filed in federal court say The End started selling their rainbow-y concoction back in December and filed for a trademark on January 20; that application is still pending. Then—lo and behold—Starbucks began selling a blended drink that looks like a five-year-old’s hopes and tears on April 17. The Starbucks drink was available for a limited time only and is no longer being sold.

The attorneys for The End believe their demands for big bucks are justified. They told MUNCHIES, “Our client created the Unicorn Latte, a successful product that our clients transformed into a social media sensation, developed a famous and valuable trademark, and took the appropriate steps to protect it.

Starbucks, with its thousands of coffee shops, launched a competing product with a similar look and name, and marketed it in the same channels where our client’s product became famous, severely damaging our client’s mark. We brought this lawsuit to protect a local business from having its valuable intellectual property taken by a global corporation.”

Oddly, neither drink has anything to do with coffee. The End’s version contains “cold-pressed ginger, lemon juice, dates, cashews, blended with additional healthy, dried ingredients such as maca root, blue-green algae, and vanilla bean.” Starbucks’ iteration is composed of “milk, artificial sweeteners, colour additives, and pinches of fruit juice concentrate.”

The End’s co-owner, Bret Caretsky, describes his establishment as a “wellness cafe” and insists that his beverage is no commercially produced Frankendrink. He told MUNCHIES, “We developed the Unicorn Latte as a healthy and delicious product.

The Unicorn Latte has been the most popular product we’ve created to date, so we were shocked and disappointed when Starbucks came out with the Unicorn Frappuccino, which is similar to our product in name and appearance, but has none of its healthy ingredients.”

Will The End’s trademark claims stand up in court, given that unicorn foods and drinks are all over the place? Can the Brooklyn coffee shop establish that, as its complaint alleges, its co-owner invented the unicorn latte, the drink became identified with coffee shop, and that Starbucks’ drink confuses customers about its “origin and affiliation”?

Is The End’s claim that “the size of and scope of Starbucks’ product launch was designed so that the Unicorn Frappuccino would eclipse the Unicorn Latte in the market” justified—even though Starbucks is the world’s largest coffee chain and The End only has one location?

“We are aware of the claims and believe they are without merit. The Starbucks Unicorn Frappuccino blended beverage was inspired by the fun, spirited and colourful unicorn-themed food and drinks that have been trending in social media. The beverage was offered for a limited time in April and is no longer available in our stores.”