ATLANTA, US and ROTTERDAM, The Netherlands – The Coca-Cola Company and The Ocean Cleanup today announced that Coca-Cola will become a Global Implementation Partner for The Ocean Cleanup’s river project. The unique partnership brings the international company and technological non-profit together behind a clear objective: to stem the tide of plastic pollution entering the world’s oceans, by first intercepting waste in rivers.

Partnering Coca-Cola’s scale and global network with The Ocean Cleanup’s technology and data solutions, the initiative will help to expedite the deployment of cleanup systems across fifteen rivers around the world over the next 18 months, including the introduction and implementation of The Ocean Cleanup’s semi-autonomous solar-powered Interceptor™ river cleanup solutions. It also aims to engage and mobilize both industry and individuals around the world to address plastic pollution, eliminating plastic waste entering the world’s oceans and supporting ecosystems, species and water resources.

“The Ocean Cleanup’s mission is to rid the oceans of plastic,” said Boyan Slat, Founder and CEO, The Ocean Cleanup. “With 1000 rivers emitting nearly 80% of river-carried plastic into oceans, this massive problem grows by the day, which is why we are always looking to accelerate our progress. Among the waste we collect with our cleanup systems, we find many plastic bottles, including Coca-Cola packaging, so I applaud them for being the first in the industry to join our mission, as part of their wider actions to make a positive impact on worldwide plastic pollution. Our clear intent is to take our learnings from this partnership, which has the potential to evolve in the future, and continue to scale rapidly. That’s why I believe this is good news for our oceans.”

The Interceptor was unveiled in 2019 and is the first scalable solution to prevent plastic from entering the world’s oceans from rivers. It is 100% solar-powered, extracts trash autonomously, and is capable of operating in the majority of the world’s most polluting rivers.

Through the partnership, The Ocean Cleanup together with Coca-Cola, will tackle fifteen rivers by the end of 2022, with the two organizations working collaboratively towards their shared goal of eliminating waste. Two Interceptors included in this partnership have already been installed by The Ocean Cleanup in Santo Domingo, the Dominican Republic and Can Tho, Vietnam. For these rivers, the partnership will help provide support in the development of waste management solutions for collected trash and the organizations plan to extend the footprint of the project across thirteen additional rivers.

The Ocean Cleanup brings demonstrated know-how, with the experience and proven expertise in plastic-collecting technologies, their deployment, the issue and science of plastic pollution, the data from their deployments and how to address it. Coca-Cola will support The Ocean Cleanup through its global network, which includes operations in more than 200 countries and territories. It will provide support on the ground for the local community engagement needed to deploy new Interceptors, as well as in the subsequent processing of the collected plastic via waste management expertise in support of a circular economy. The Ocean Cleanup and Coca-Cola will work together to secure the new partners and investment needed to continue to scale the enterprise through the roll-out of additional Interceptor solutions, as well as to secure licensing support and deploy River Monitoring System (RMS) cameras to conduct further analysis of river pollution.

Coca-Cola wants a world without waste

“As a global business, we are working to ensure that all of the material we use in our packaging is collected and recycled, so that none of it ends up as waste” said James Quincey, Chairman and CEO, The Coca-Cola Company. “We support The Ocean Cleanup teams and technologies that are working to protect ocean ecosystems in the journey to safeguard our waterways.”

The Coca-Cola Company is taking holistic actions to tackle the issue of plastic waste through its vision for a World Without Waste. There are three fundamental global goals: (1) make 100% of our packaging recyclable globally by 2025—and use at least 50% recycled material in packaging by 2030; (2) collect and recycle a bottle or can for each one sold by 2030; and (3) work together to support a healthy, debris-free environment. Going further and faster where possible, Coca-Cola is also investing in new technologies, packaging materials and package-less innovations, including new enhanced recycling, ultra-light-weighting technologies and plant-based technologies, as well as dispensed solutions. It recently set a goal that by 2025, depending on business growth, it would use approximately 20% less virgin plastic derived from fossil fuels worldwide than it does today.

Tackling plastic waste requires action and thinking from the best and the brightest, including civil society, industry peers, and the public sector. Accordingly, The Coca-Cola Company has helped to establish or has joined global partnerships that will help to realize the vision for a World Without Waste. The collective goal is to encourage more people to recycle and reuse and more organizations to invest in the circular economy, in which products and materials at the end of their useful life retain their value and are returned to the manufacturing process as part of a closed loop in which little, if anything, is wasted.

Brian Smith, President and Chief Operating Officer, The Coca-Cola Company, said: “The Ocean Cleanup has a clear vision and proven technologies to support its goal to rid the world’s oceans of plastic. At Coca-Cola, we have teams on the ground who will support the deployment of new Interceptors in rivers around the world, as well as the processing and recycling of the waste collected. Working together, we believe we can have real impact. That’s exciting: it’s something we know our employees in every corner of the world will get behind, by helping to support the local implementation work and as ambassadors for the wider mission.”

About The Ocean Cleanup

The Ocean Cleanup develops advanced technologies to rid the world’s oceans of plastic. They aim to achieve this goal by taking a two-pronged approach: stemming the inflow via rivers and cleaning up what has already accumulated in the ocean. For the latter, The Ocean Cleanup is developing large scale systems to efficiently concentrate the plastic for periodic removal. This plastic will then be used to create durable products and fund continued cleanup, making cleanup itself circular. In 2019, the organization launched the other half of their solution, the Interceptor™, to extract plastic in rivers before reaching the ocean. Founded in 2013 by Boyan Slat, The Ocean Cleanup now employs approximately 95 engineers and researchers. The foundation is headquartered in Rotterdam, the Netherlands. For more information, visit: theoceancleanup.com 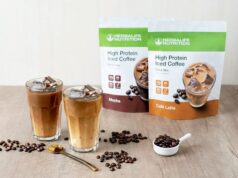 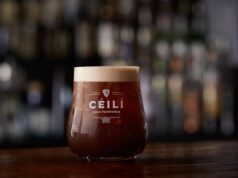