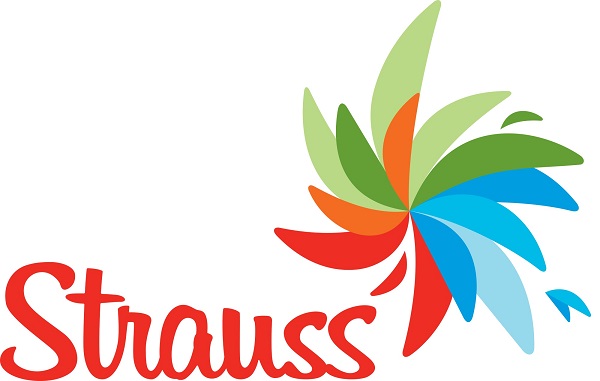 PETAH TIKVA, Israel – This morning, Strauss Group  published its financial statements for the first half and second quarter of 2022. In the half-year, the Company delivered an increase of 8%1 in revenue, which amounted to NIS 4.5 billion ($1.38 billion). In the second quarter, revenue totaled NIS 2.3 billion ($704.5 million), reflecting 4.6%1 growth.

Growth is largely due to an increase in sales by the coffee company and was offset by a drop in sales by the Confectionery Division and Sabra, both of which operated on a partial scale in the half-year.

Despite the increase in sales, the Company reported a decline in operating profit and in the operating margin in the half and quarter. The effects of the recall in the Confectionery Division and the adjustment plan at Sabra’s plant, coupled with the rising costs of raw materials, shipping and energy, globally and in Israel, led to a drop of 59.1% in the Group’s operating profit, which amounted to NIS 204 million in the half-year, while income attributable to shareholders fell by 66.2% to NIS 113 million.

Ofra Strauss, Chairperson of the Strauss Group: “I would like to thank Giora for the 5 years in which he served as CEO and led the group with extraordinary responsibility, determination, partnership and collegiality. Giora always knew how to put the people at the center, he was always aware of the day-to-day details whilst keeping a broad perspective and relentlessly striving to lead the group forward.

During his tenure, which was characterized by many challenges, including the corona virus and input inflation, among others, Giora led significant processes that will benefit Strauss for many years to come, among them, the definition of the group’s vision, the formulation of a business strategy for the coming years and the derived work plans for implementation.

The same commitment and responsibility for the future, which characterized his leadership along the way, is what led him to the timely decision to pass the baton to the next CEO who will lead Strauss in the years to come.

All of us at Strauss, and I especially, express our great gratitude to him for his tenure of more than 25 years in the group.”

The Strauss Group Board of Directors is conducting a search to appoint a new CEO for the group via a dedicated search committee.”

Giora Bardea, Strauss Group CEO: “The first six months of 2022 reflect the Group’s inherent resilience as a diverse global company and its ability to successfully contend with a challenging macroeconomic environment along with internal challenges. In the past few months, we have simultaneously tackled two complex incidents –the Confectionery recall in Israel and the adjustments at Sabra’s plant in the USA – both of which have negatively affected on the Group’s results in the current half-year.

“At the same time, the coffee and water companies both delivered excellent performances, impressive sales growth and an increase in profit. We are wrapping up a quarter of strong revenue growth but a drop in our bottom line, mainly because of the effects of elevated raw material and energy prices as well as events in the Confectionery Division and Sabra.

“I know Strauss’s resilience and strength and its strong and dedicated employees and managers from up close, and I am confident that we are on the right path.”

Strauss Israel wrapped up the first half with NIS 1.75 billion in revenue and a decrease of 7.6%, which is largely the result of a 30.8% drop in sales by the Fun & Indulgence segment, which amounted to NIS 407 million in the six-month period as a result of the confectionery recall.

The Company has performed cleaning operations, has invested in infrastructure to ensure improved quality and food safety standards, and is presently preparing for the gradual resumption of production under strict control. A public announcement will be made accordingly, following receipt of approval from the Ministry of Health.

Strauss Coffee’s performance in the half-year was especially strong

Sales in Israel Coffee grew by 6.1% in the first six months to NIS 395 million ($121 million) thanks to an increase in sales to the retail market and in away-from-home (AFH) sales. The coffee company’s sales in Brazil rose by a sharp 62.4%1 in the half-year and amounted to NIS 1.26 billion ($385.9 million) following growth in quantities sold and price increases. The coffee business in Eastern Europe also delivered a successful half-year, with sales growing at double-digit rates1 despite the ongoing war in Ukraine.

Sales by the Health & Wellness segment grew by 2.9% in the half-year and amounted to NIS 1.34 billion, mainly thanks to sales growth in the dairy business. Strauss Israel concluded the first six months of the year with an operating loss of NIS 26 million.

Sabra continues to be affected by the implementation of the adjustment plan at the plant in Virginia. Since the plant was partly shut down in the first half and resumed operations on a partial scale in the second quarter, the company’s sales in the half-year dropped by 50.2% and amounted to NIS 151 million (reflecting 50% ownership), with an operating loss of NIS 43 million (for 50%). Sabra’s average share of the hummus market in the first half of the year was 33% (Number 1 in the market). Additionally, the ramp-up of operations at the plant continued in August, and the Company estimates that it will return to full-scale production in the second half of 2022.

Obela wrapped up the first six months with NIS 41 million in revenue (reflecting 50% ownership), an increase of 2.5%[2].

Strauss Water maintained its impressive growth in the current half-year. The company’s sales in Israel amounted to NIS 382 million – an increase of 7.4% – thanks to growth in the customer base and in sales of new appliances. The business in China, although affected by lockdowns imposed due to COVID-19 outbreaks in the second quarter, also grew, with sales of NIS 351 million – an increase of 6.9%.

[1] Organic growth excluding foreign currency effects.
Data in this document are based on the company’s non-GAAP figures, which include the proportionate consolidation of jointly controlled entities and do not include share-based payment, mark-to-market at end-of-period of open positions in the Group in respect of financial derivatives used to hedge commodity prices and all adjustments necessary to delay recognition of gains and losses arising from commodity derivatives until the date when the inventory is sold to outside parties, other net income and expenses, and the tax effect of excluding those items, unless stated otherwise.