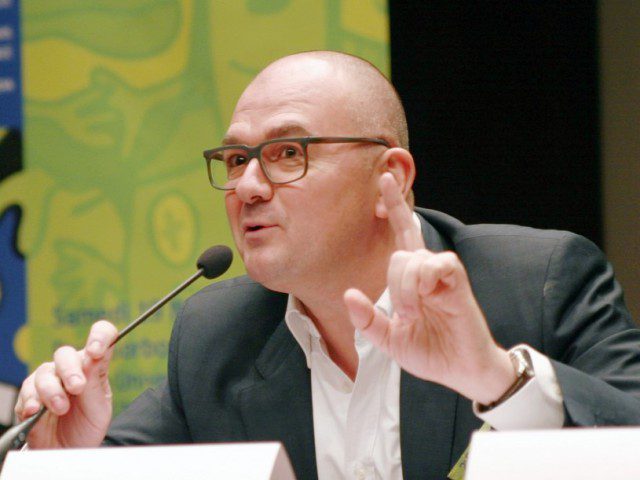 AMSTERDAM, BRUSSELS, LISBON, LONDON and PARIS – Euronext announced on Thursday that, following a recommendation by the Nomination and Governance Committee, the Supervisory Board has unanimously approved the nomination of Stéphane Boujnah (in the picture above) as CEO of Euronext N.V. and Chairman of the Managing Board.

Stéphane Boujnah joins Euronext from Santander Global Banking and Markets where he has held the position of Head of France & Benelux since 2010, and Head of Continental Europe since June 2014.

His proven track record as a successful manager of international organisations and his extensive experience of the financial markets, in particular in dealing with European corporates and with global investors, make him a highly suitable candidate for the role.

Stéphane Boujnah will commence his duties in the course of November following an Extraordinary Shareholder meeting which will take place in October to approve his appointment. The appointment is also subject to the non-objection of the Euronext College of Regulators and of the Dutch Ministry of Finance.

To ensure a smooth transition, Jos Dijsselhof, currently interim CEO of Euronext, has agreed to remain in this position until Stéphane Boujnah is officially appointed. The Supervisory Board wants to extend the gratitude of Euronext for Jos Dijsselhof’s and the entire executive team’s commitment in steering Euronext in the interim period.

Rijnhard Van Tets, Chairman of the Supervisory Board of Euronext N.V., said, “The selection process to appoint Stéphane Boujnah has been very thorough as we had an extremely talented pool of candidates to consider.

The final choice was based on Stéphane Boujnah’s deep understanding of the industry, strong sector expertise and on his strategic vision on the growth prospects of Euronext.

As Euronext continues its journey as an independent company, the Board believes that Stéphane Boujnah is the best candidate to lead our highly and effective executive team to advance Euronext’s well-defined strategy. I look forward to working closely with Stéphane Boujnah to continue to build upon all that has been achieved since the company’s IPO.”

Stéphane Boujnah, Head of Santander Global banking and Markets for Continental Europe, said, “It is a real privilege to have been chosen as the future CEO of Euronext and Chairman of the Managing Board. It is an exciting opportunity to take Euronext forward from its recent IPO to the next stage of its development while meeting all its stakeholders’ needs.

My aim will be to continue the proven successful strategy and to create exceptional shareholder and client value.”