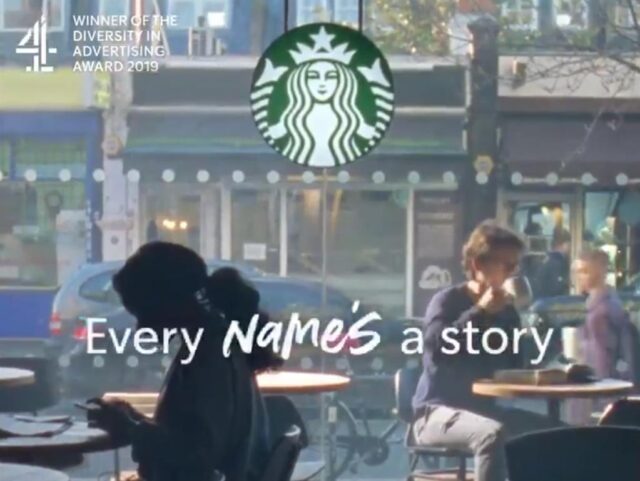 MILAN – A new Starbucks ad featuring a transgender boy as he starts going by his new name is making a push for trans acceptance in the UK. The ad is a part of a partnership with the U.K. transgender youth organization Mermaids. The chain will sell limited-edition mermaid cookies to raise up to £100,000 ($130,000) for the group.

In the ad, which is part of the “What’s your name?” campaign for Starbucks, a trans teen named James keeps on getting called by his deadname – at the doctor’s office, on his student ID card, by family.

At the end of the ad – which won the Channel 4 Diversity Award 2019 – he goes into Starbucks to place an order. The barista asks him his name, and he responds, “It’s James,” as the employee writes it on his cup.

Mermaids advises “transgender” kids on their gender dysphoria, which can include connecting them to a pathway to medical services, such as hormone blockers and “gender affirming” surgeries.

“It was critical for us to tell ‘James’s story’ in an authentic way, so we spent time with people from the trans community who have experienced ‘dead-naming’ to make sure our work truly reflects their experiences,” said Amy Bryson, who is the managing partner at Iris, the creative agency Starbucks partnered with on the ad, according to Pink News.

“We hope the campaign will raise awareness about the importance of identity and acceptance in a time when hate crimes are on the rise,” added Bryson.

“At Starbucks, writing your name on a cup and calling it out is a symbol of our warm welcome. It’s a small gesture, but it’s symbolic of what we believe in: Recognition and acceptance, whoever you are, or want to be. We welcome everyone.”