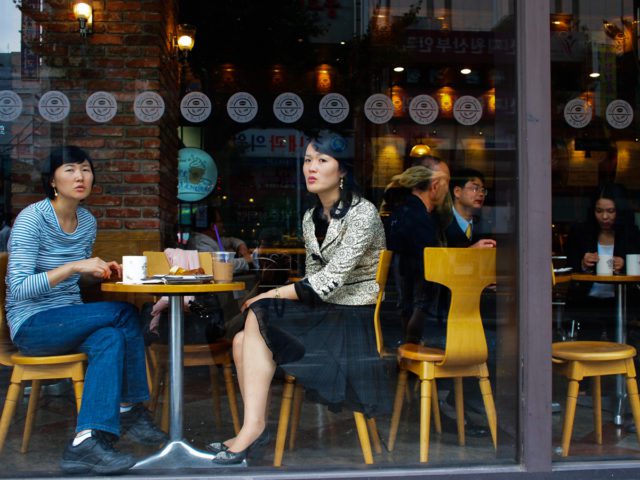 The inbound shipments of coffee products, such as raw beans, coffee beans and coffee capsules, reached 159,000 tons at the end of December, up 10.7 percent from a year earlier, according to the Korea Customs Service (KCS).

The figure marks the largest shipment since the customs agency began to compile related data in 2000.

The record-high growth is attributed to robust demand for various types of coffee beans and related processed products.

A recent government report showed that South Koreans drank 377 cups of coffee per individual on average in 2016, growing at an annual rate of 7 percent since 2012.

More coffee franchises scrambling to expand their footing have helped the domestic coffee market grow 30 percent in the last three years. The total market size is valued at about 6.4 trillion won (US$5.7 billion).

The imports of coffee products extended its uptrend to a record 40,000 tons in the first quarter of 2017, growing 7 percent from the previous year, the KCS said.

In 2016, shipments of raw beans accounted for nearly 90 percent of the imports, followed by roasted coffee beans at 6.3 percent and instant coffee products at 2.9 percent.

The growth in raw bean imports came as there has been an increase of coffee shops that sell brewed drinks using their own beans, it said.

Brazil was the largest provider of coffee products, taking up 20 percent of all shipments. Vietnam came in second with 19.2 percent and Colombia third with 16.2 percent, according to the customs agency.

Robusta prices increase in Brazil due to dollar appreciation and rainy...