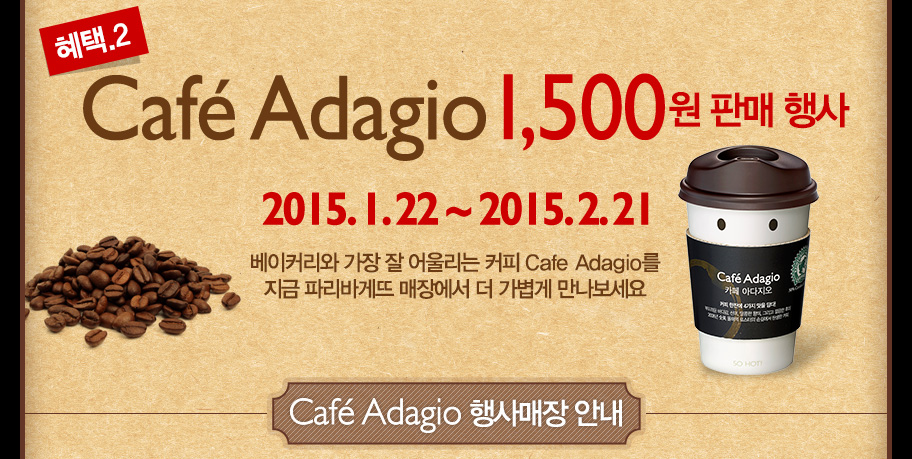 SPC Group, a retail group that owns the South Korea’s largest franchise bakery, Paris Baguette, is set to strengthen its coffee business by launching its own beans brand, Cafe Adagio.

The company in a press release Monday said the new brand “will be served in 3,200 stores across the country. We were able to keep the cost down by dealing directly with coffee farms, so the price of coffee will remain the same as before.”

ASIC Conference on Coffee Science to be held in Hanoi