The British environment minister Rory Stewart believes that the litter problem caused by coffee cups being discarded is a huge issue across the country, and that having a tax on the cups would help alleviate the issue and help the environment. 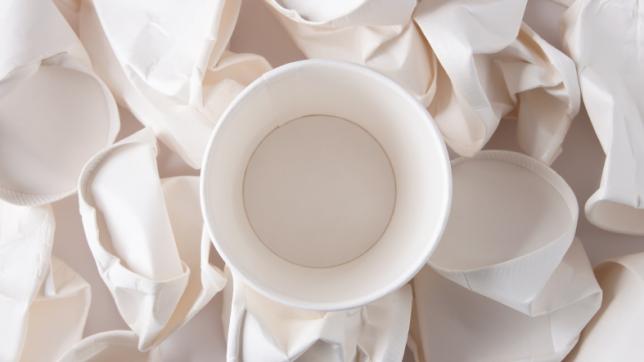 Paying a tax on your takeaway coffee cup. That’s the suggestion from a British minister who believes coffee cups should have the same levy placed upon them as plastic carrier bags, which now cost 5p.

MP and environment minister Rory Stewart was replying to a question posed in the House of Commons, and he believes that the litter problem caused by cups being discarded is a huge issue across the country, and that having a tax on the cups would help alleviate the issue and help the environment.

The cups are a combination of paper and cardboard therefore makes them more difficult to recycle.

Speaking in the Commons, Mr Stewart said: “Having tackled plastic bags, which I hope everybody in the House would agree the plastic bag tax has been a success, coffee cups seem to be a very good thing to look at next.”

Labour MP Rob Marris replied to the Minister by saying the Government should also have a look ” at the problem of the wretched number of plastic-lined paper takeaway coffee cups, the overwhelming majority of which never get recycled because of the difficulties of ripping out the plastic lining of the paper?”

In response to the Labour MP, Mr Stewart replied: “I absolutely agree. It’s a huge problem and there are tens of millions of these things being produced and thrown away.

“As you have pointed out, many of these things cannot be recycled either by the way they’re disposed or because of the composition of the cup.”

Despite the suggestions, a spokesperson for the Department for Environment, Food and Rural Affairs said that were currently “no plans” to introduce a tax to coffee cups.