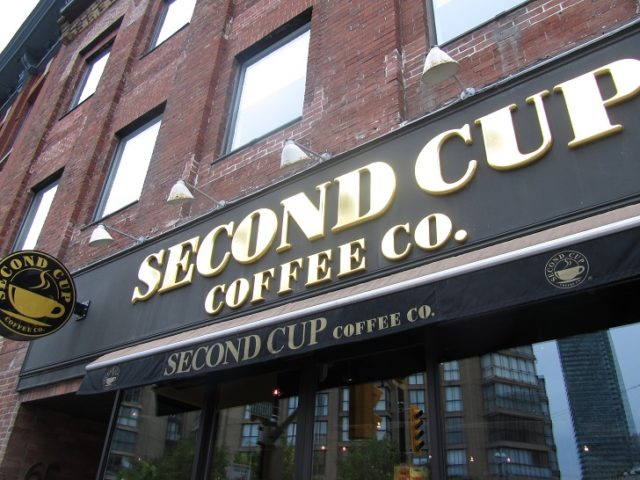 In December 2016, Second Cup entered into a four-year, $8.0 million secured term loan with SPE. The transaction will result in annual cost savings for Second Cup of approximately $960,000.

The Company will issue a total of 4,210,528 common shares to the four shareholders of SPE in full satisfaction of the term loan.

Second Cup will also cancel 300,000 of the 600,000 common share purchase warrants issued to SPE in connection with the term loan, and SPE will distribute the remaining 300,000 warrants to its four shareholders pro rata.

Approval of the Company’s shareholders is required for the Debt Exchange Transaction under the rules of the Toronto Stock Exchange (the “TSX”) as the TSX has determined that the transaction will have a material effect on control of the Company pursuant to section 604(a) of the TSX Company Manual since the SPE shareholders collectively will hold approximately 28.89% of the outstanding common shares of the Company assuming full exercise of the warrants.

The TSX has agreed that such approval may be obtained by way of written consents in lieu of a meeting.

The Company confirms that it has received approval from shareholders owning more than 50% of the issued and outstanding common shares, excluding the shares held by the SPE shareholders.

The Debt Exchange Transaction is expected to close on or after August 10, 2017

“This is a tremendous boost for Second Cup and a strong expression of confidence by the Serruya family, who will now be fully aligned as shareholders,” said Michael Bregman, Chairman of the Board, Second Cup.

“The issuance of shares at a 24.2% premium to current market price, is a reflection of the considerable potential at Second Cup.  Over the past few months, we have benefitted from our relationship with the Serruyas, as value added investors.  This marks an important step forward in our relationship.  After completing this transaction, Second Cup will be debt free with approximately $3 million in cash and close to $1 million in reduced annual expenses.  This provides Second Cup with a much improved financial foundation, upon which to build for the future.”

“We have great confidence in Second Cup and its leadership,” said Michael Serruya, Managing Director at SPE.

“By converting our debt to equity, we are fully aligned to participate in future value creation.  Already we are seeing signs of progress as we work together with Second Cup.  One example is the introduction of our Pinkberry brand in four Second Cup stores.  Early results suggest this may be one of many opportunities to generate future growth.”

Second Cup is also pleased to announce that Paul W. Phelan will be appointed to the board of directors of the Company upon closing of the debt exchange transaction.  Mr. Phelan will sit on the board as the nominee of PDPJJHP Ontario Limited, a holding company controlled by members of the Phelan family, the Company’s second-largest shareholder upon completion of the debt exchange.