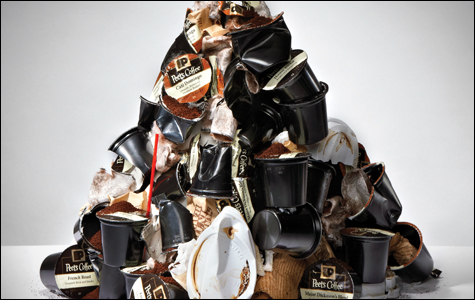 Scotland will match EU ban on single use plastics by 2030 “Brexit or no Brexit”. The move was announced by the Scottish government last week

Speaking in an exclusive interview with the Sunday Herald, environment minister Roseanna Cunningham revealed she has instructed civil servants to look at restricting the sale and manufacture of all non-recyclable plastics “on an item by item basis”.

Environmental campaigners in Scotland welcomed the decision as the “strongest possible statement that we are serious about getting rid of plastic”.

The EU pledged to make all plastic packaging reusable or recyclable by 2030 in a bid to reduce the amount of straws, bottles, cups, lids, stirrers, cutlery and takeaway packaging that end up in our seas and on our beaches.

Frans Timmermans, the vice-president of the European Commission (EC), which proposes legislation, said Brussels’ priority was to clamp down on “single-use plastics that take five seconds to produce, you use it for five minutes and it takes 500 years to break down again”. He said: “If we don’t change the way we produce and use plastics, there will be more plastics than fish in our oceans by 2050.”

In other news, Scotland has taken the first major steps to becoming the first nation in Europe to ditch the plastic straw following the launch of our new green campaign.

And they were quickly joined by multinational and national chains who either pledged to get rid of them or hold a review.