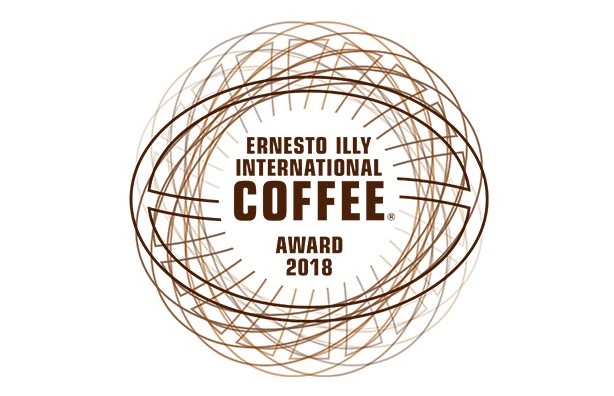 The award winner was chosen from among the world’s top lots from the 2017/2018 harvests in nine countries, whose growers attended a gala at the Rainbow Room last night. A separate “Coffee Lover’s Choice” award, presented by United Airlines, was also conferred to Ms. Mukiza on behalf of Ngororero Coffee Washing Station.

All nine finalists, spanning four continents, are ingredients in the illy blend.

“It is an honor and a pleasure to recognize Ngororero Coffee Washing Station and Ms. Muzika for their achievement, and that of all of our finalists, who are focused on producing the highest-quality coffee through sustainable methods,” said Andrea Illy, Chairman of illycaffè.

“This week celebrates an even greater theme, and that is the enormous dedication, pride and talent of the world’s 25 million coffee-growing families, who fill our cups, and replenish our souls, every day.” On Monday, to mark International Coffee Day, illycaffè focused its efforts on honoring women coffee growers, who are responsible for nearly half of the world’s coffee production.

EIICA, named for illycaffè’s visionary, second-generation leader, celebrates his company’s hand-in-hand work with farmers for the past 27 years to realize his dream of offering the best coffee to the world, and his commitment to improving the well being of the world’s coffee growers.

Prior to last night’s gala, emceed by Ted Allen, host of Food Network’s Chopped, Chopped Junior and The Best Thing I Ever Ate, a panel of tasting, culinary and coffee experts from around the world took on the task of choosing this year’s “Best of the Best” bean, based on criteria including aromatic richness/complexity, balance/elegance and aroma intensity/strength. The jury was comprised of:

The “Coffee Lover’s Choice” award, presented by illycaffè CEO Massimiliano Pogliani on behalf of illy partner United Airlines, was determined by a demanding jury of its own: over 1,500 discerning visitors to flagship illy caffè locations in Kuala Lumpur, London, Milan, Paris and San Francisco, and at special events in Athens and New York City, all of whom tasted coffee prepared from the same beans as for the expert jury.

“It all starts with the unique illy blend, developed consistently year after year, that gives us deep knowledge of the coffee origins combined with our direct trade model that works closely with coffee growers to produce the highest quality Arabica beans,” said Pogliani. “Next year, we plan to continue expanding our Authors’ Notes program, an exclusive experience for illy fans that centers around tasting and purchasing the nine finalist coffee lots from the 2018 awards at our illy caffè shops.”

EIICA is rooted in a program that illy established 27 years ago ago in Brazil, originally called Premio de Qualidade do Cafè para Espresso, that drove illy’s transformation to a company that today purchases nearly 100 percent of its coffee beans directly from producers able to meet its exacting quality standards, at a guaranteed premium over market prices averaging 30 percent. Today, illy stands as one of the world’s major purchasers of top-quality Arabica coffee directly from producers, whereby many coffees continues to be purchased on commodity markets, which can guarantee neither consistent quality nor a living wage to the coffee chain’s most important stakeholders: its 25 million families of growers.

Share
Facebook
Twitter
WhatsApp
Linkedin
Previous article
Bravilor Bonamat is expanding and has opened a second factory in Poland
Next article
On the occasion of MilanoCaffè, Host unveils record figures of its next edition