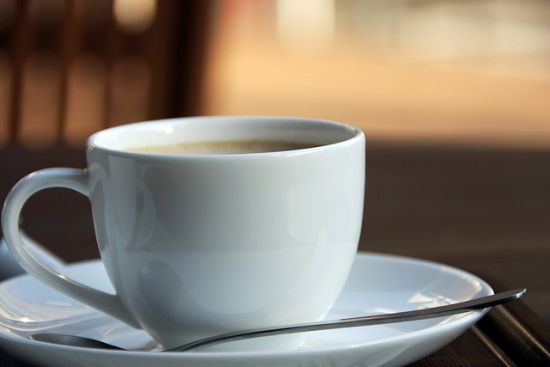 “Good morning, sunshine,” he said, his smile quickly disappearing in the face of her murderous glance when she raised her face to look at him. “Shut up and die, morning person. Coffee,” she mumbled. Right.

Note to self. Mate was not a morning person. He poured a cup of coffee and placed it on the table near her hand along with the sweetener and cream.

He watched as she poured three packets of Equal into the coffee with her forehead still on the table. He looked on in amazement as she felt around and unscrewed the cap to the cream before dousing the dark liquid. She stirred for a second before dragging the cup to her lips.

After a few sips she was able to lift her head. By the time she had finished half a cup she was sitting upright. When she finished the cup, her eyes were open and she was looking around.

“You need to be a coffee commercial,” Connor said, staring at his mate.”