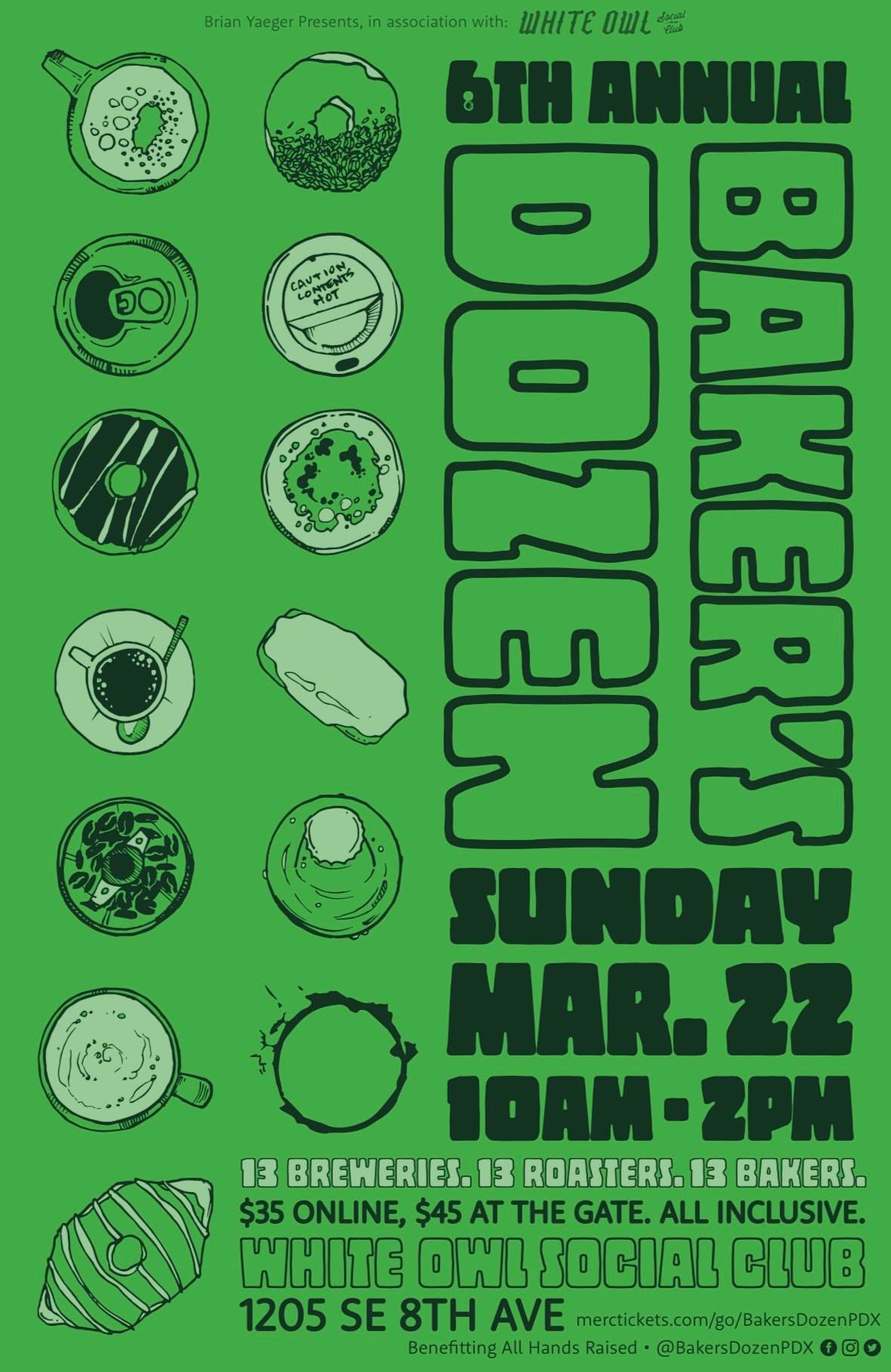 The name is a throwback to when bakers, to thank their customers, would throw in an extra something-something when they purchased one dozen (12) of, say, doughnuts. What makes this event extra unique is that attendees suffer no FOMO; admission includes samples of absolutely everything including many of the specific coffee roasts featured in the beers.

The festival moves to a new venue with a covered patio, White Owl Social Club (1205 SE 8th Ave.) on Sunday, March 22, from 10 a.m. to 2 p.m.Last year the event sold out in advance and this year tickets are significantly even more limited (to ensure attendees don’t miss out and keep lines shorter) and are available for $35($45 at the door if available) at Merctickets.com/go/BakersDozenPDX

This year’s line-up features six breweries new to the event and two companies are grandfathered in perpetuity, McMenamins and Modern Times, as both brew—and roast—their own. Each beer incorporates a different local roaster’s beans.

Beer samples come in three-ounce pours, roasters will be pouring unlimited coffee samples of the cuppajoe used in the beers, and delectable doughnut morsels will be quartered because be honest, no one can eat 13 whole doughnuts.

The mostly-Portland line-up this year includes a Reinheitsgebot-defying entry from Rosenstadt, Little Beast, Threshold, and Leikam Brewing collaborating with its neighborhood double-decker coffee bus, Tov Coffee. The fest also welcomes Barley Brown’s plus Baker City’s Sorbenots Coffee and Reuben’s Brews along with Kuma Coffee from that other bastion of beer & joe, Seattle.