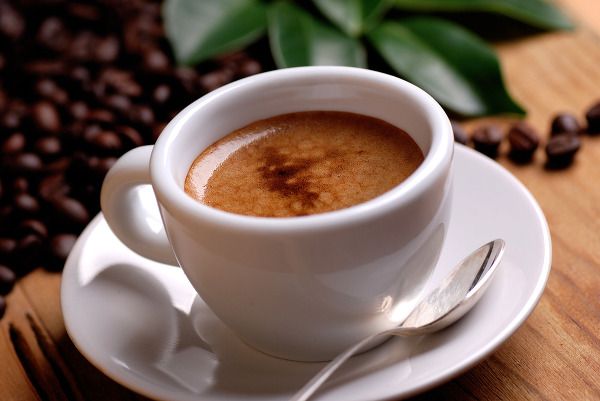 MILAN – Beyond how much cream and sugar to add to their morning brew, coffee lovers also face more serious decisions: one of those is whether or not to buy ecolabelled coffee, which advertises itself as more ethical and environmentally friendly. But whether customers are willing to pay the extra price for these perks remains an unanswered question.

In a study publishing in the journal Heliyon on June 23, researchers combined data from 22 studies to conclude that in general, people are willing to pay $1.36 more for a pound of coffee that’s produced in an eco-friendly, ethical way and are especially partial to coffee that’s labelled “Organic.”

“We hear in the media or sometimes read in the newspaper that there is an increasing number of ecolabelling logos in the market, and that these logos are sometimes related or even look alike. This may reduce consumers’ trust and willingness to pay over time,” says first author Nizam Abdu, a Ph.D. candidate and research assistant at the University of Tasmania in Australia. “However, our results show that coffee consumers in some selected countries are still willing to pay a positive and significant premium for ecolabelling.”

As many people’s go-to beverage, coffee’s enormous social, cultural, and economic influence makes it an ideal candidate for ecolabelling, a system that identifies and certifies certain products with ethical and environmental benefits. Common coffee ecolabels include Organic, Country of Origin Labelling (COOL), and Fairtrade (a certification that workers are given fair wages and safe working conditions) and aim to help consumers make informed choices on food safety, health, and environmental impact. However, it’s possible that having too many ecolabel options will instead confuse buyers, causing them to avoid buying ecolabelled coffee.

Abdu and his co-author set out to address this gap. They combined data from 22 studies over the past fifteen years, forming an overall dataset of 97 observations across Europe, North America, Africa, and Asia. With their meta-analysis, they wanted to understand what factors give rise to the large range of price estimates and determine once and for all whether consumers are willing to pay more for coffee ecolabelling.

The researchers found that the variation in previous studies came down to a few factors: the region or country under study, surveying methods, types of ecolabels, and publication bias, the tendency for only studies with the desired outcome to be published. For example, there was a noticeable effect on the studies’ results when survey participants made yes/no choices about which coffee they’d buy versus when they were given trade-offs and budget constraints.

After taking these things into account, however, they found that overall, ecolabelling worked as intended: people were willing to pay for socially responsible coffee.

“In general, consumers are happy to pay a premium price of $1.36 for a pound of ecolabelled coffee. In particular, we clearly see that Organic is the most crucial coffee attribute,” says Abdu. The specific ecolabels of Fairtrade, COOL, and Organic all had values significantly larger than zero, but Organic ecolabelling had the highest value of the three – people were willing to pay an additional $1.14 per pound of coffee for just the Organic ecolabel.

That said, consumer attitudes still varied depending on factors like location. For instance, compared to other regions, people were less willing to pay more for ecolabelled coffee in North America, which may suggest that preference for such a labelling system varies across the regions. The researchers were also surprised to find that while people did care where their coffee came from, they didn’t necessarily prefer coffee that was produced near them. “I was expecting consumers would prefer locally produced coffee,” he says.

The authors say, however, that their finding still suggests a clear preference among consumers for certain types of ecolabelling. Abdu says, “Our findings are a good indicator that the policy of coffee ecolabelling is working in the global coffee market.”

The work did not receive any specific grant from funding agencies in the public, commercial, or non-profit sectors.