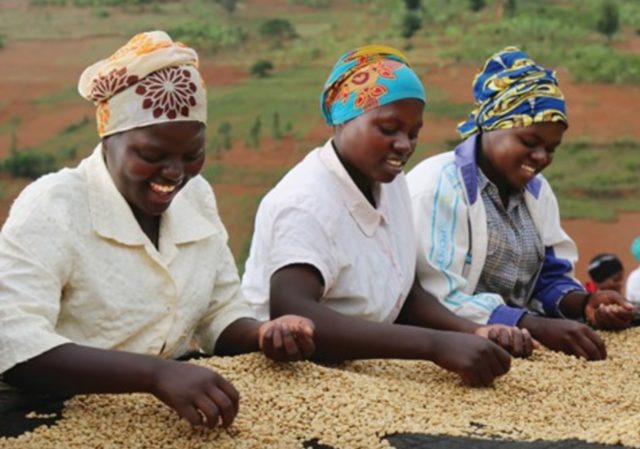 EMERYVILLE, Calif., U.S. — Peet’s Coffee announced the release of its annual, limited-edition Anniversary Blend which honors the brand’s founding by giving back to origin through its Drink a Great Cup, Do a Good Thing program.

Debuting alongside the 2018 Anniversary Blend is the first-ever Sisterhood Flight, a collection that highlights women coffee farmers.

“Drink a Great Cup, Do a Good Thing” in Support of Clean Water Access

The 2018 Anniversary Blend is comprised of two rare African coffees from either shore of Lake Kivu—one from Rwanda, the other from the Democratic Republic of the Congo—creating a balance of bright fruit flavors with deep notes of sugar browning.

Through the Peet’s Drink a Great Cup, Do a Good Thing program, five percent (up to $50,000 USD) of the blend’s proceeds will help provide clean water access in Rwanda where select beans in the blend were grown.

“One of our key coffee-growing areas is within the Rwanda Eastern Province Gatsibo District, which lacks access to clean water,” said Doug Welsh, Vice President, Coffee, Peet’s Coffee. “Families spend up to 90 minutes each day collecting and carrying water that must then be boiled before consumption. The proceeds from this year’s Anniversary Blend will build water tanks and four access points, to provide clean water access to 2,000 coffee-growing families in the community.”

The 2018 Anniversary Blend is available now, in distinctive purple bags, and while supplies last. The blend can be purchased at participating Peet’s coffeebar locations and at www.peets.com at $19.95 USD per pound.

Peet’s is also proud to launch the limited-edition Sisterhood Flight, a collection that celebrates the women farmers at origin behind several of the brand’s best craft coffees. The special set features:

Ten percent (up to $10,000 USD) of the proceeds from the sales of the Sisterhood Flight will be donated to the International Women’s Coffee Alliance in support of their mission to empower women in the international coffee community. Priced at $24.95 USD and available now and while supplies last exclusively at participating Peet’s coffeebars.