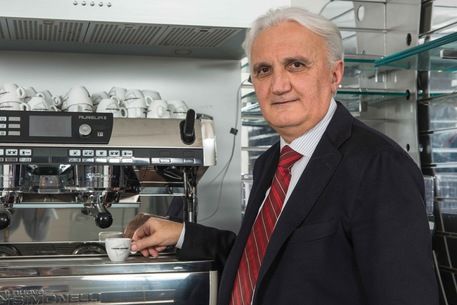 BELFORTE DEL CHIENTI, Italy – A new company is born. The establishment of the Simonelli Group SpA, which is 100% owned by Nuova Simonelli SpA., was announced at a press event held Tuesday at Nuova Simonelli’s headquarters in Belforte del Chienti, Italy.

The Nuova Simonelli’s growth in recent years has required a managerial organisation capable of making decisions quickly and even more flexibly, reads a company’s press release.

“Nuova Simonelli’s turnover has grown more than fourfold over the last 7 year, from EUR17 million in 2009 to EUR77 million in 2016. The company’s annual growth was in double figures every year during this period. The EUR100 million landmark could be reached in 2019,” said Nando Ottavi (PICTURE), Nuova Simonelli’s President and CEO, during the event.

As a result, the reorganisation announced last year started in 2017. The shareholder meeting in June started the reorganisation that will develop in the coming months. The meeting agreed on the transfer of operations to a new industrial entity.

The main purpose is to separate strategic decision-making, which remains in the hands of shareholders, from both production and commercial operations.

The first step in this reorganisation was the creation of a new company called Simonelli Group SpA.

NUOVA SIMONELLI SpA still exists for the time being, but no longer includes the production and commercial activities that are being permanently transferred to SIMONELLI GROUP SpA.