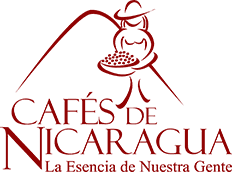 MANAGUA – The bill promoted by the government to charge producers between $1 and $5 per quintal of coffee in order to finance the National Development and Transformation of Coffee Plantations will not directly affect the export sector as it is only producers who have to pay the tax, however, they believe that this is not the time to establish such fees.

“It is difficult to contribute when you’re experiencing financial difficulties. Production has fallen because of the ravages caused by rust and production costs are higher than the price being paid on the international market ($106.60 per quintal).

Therefore they are already losing out and on top of this they want to retain a portion,” said Jose Angel Buitrago, president of the Coffee Exporters Association of Nicaragua (EXCAN).

After several meetings of the sector with the government a consensus was almost reached on the creation of this fund, however, negotiations were suspended and the executive sent the bill to Congress, the official lamented.

According to the chief of the Superior Council of Private Enterprise (Cosep), Joseph Adam Aguerri, this is not the first time this has happened, but he is confident that Congress “will use the query mechanism in order to end up reaching a consensus” and avoid affecting the industry.”